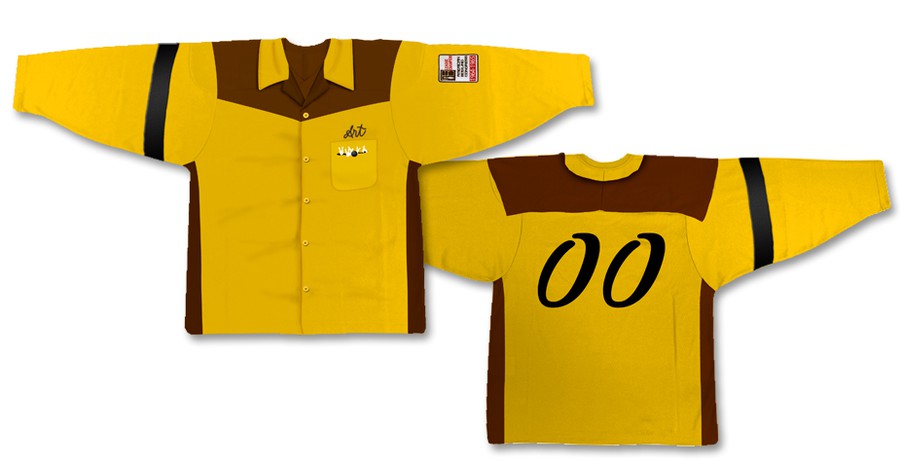 Create the next t-shirt design for A Beginner Hockey Goalie 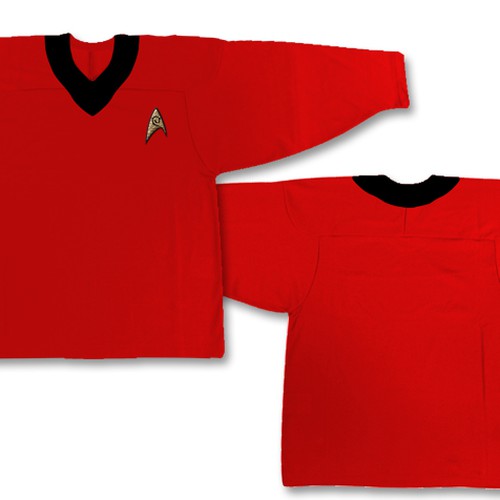 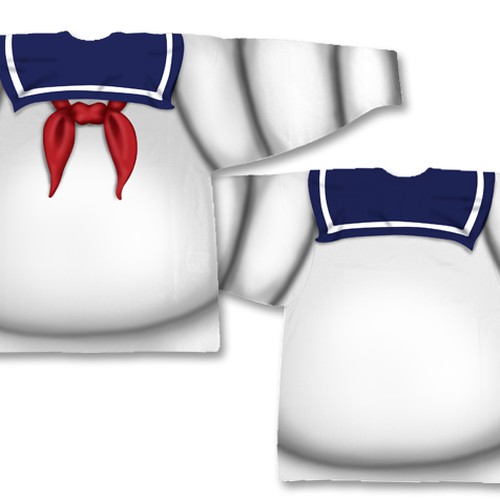 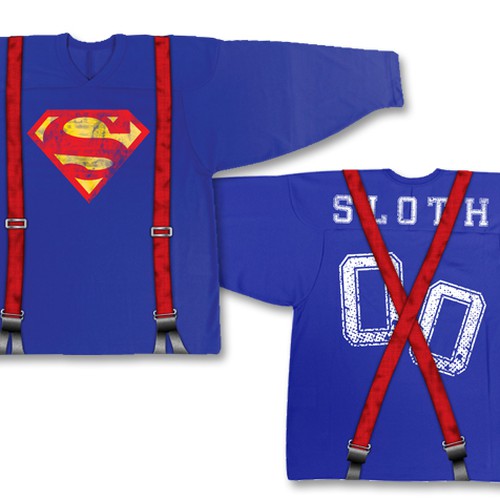 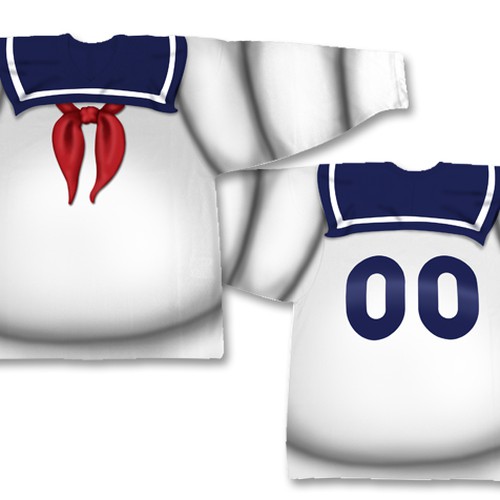 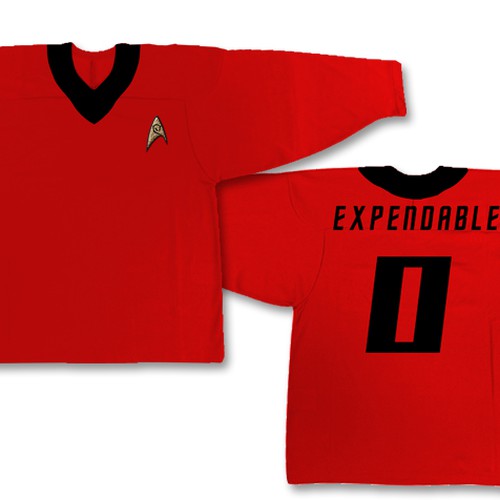 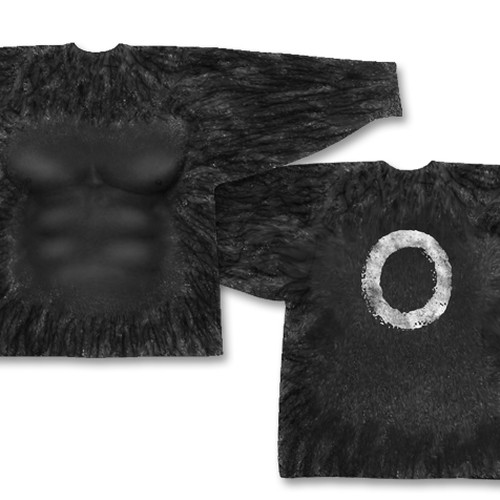 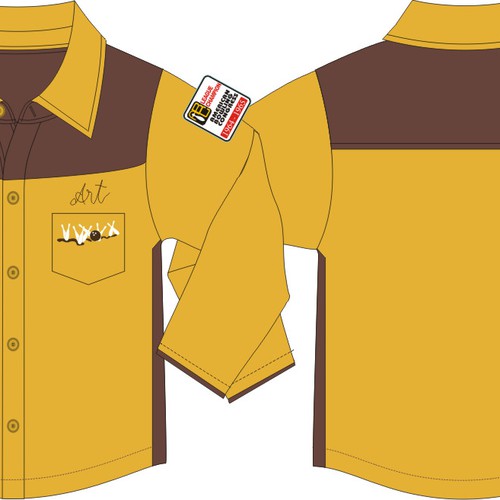 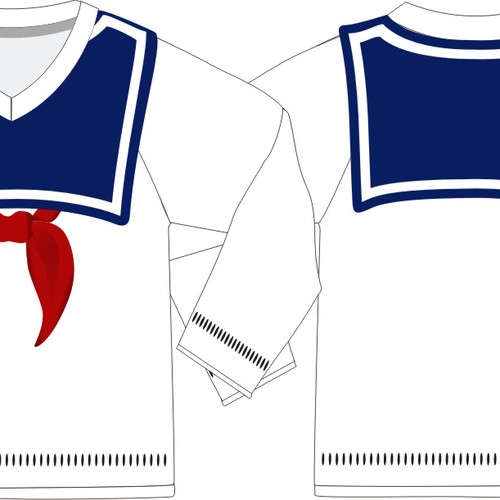 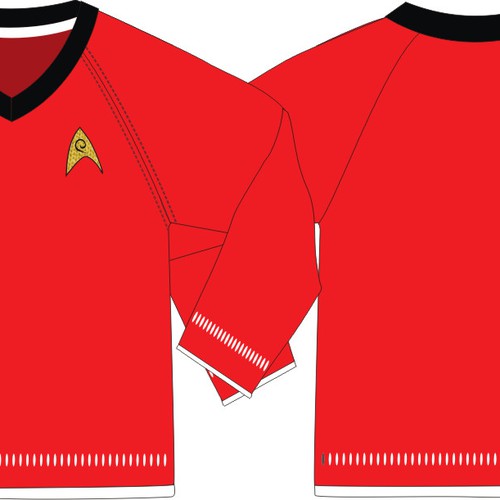 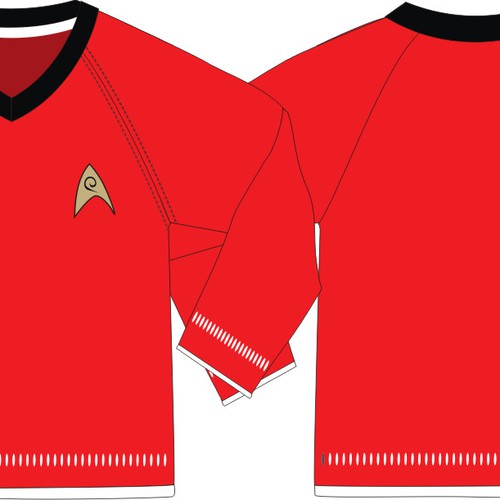 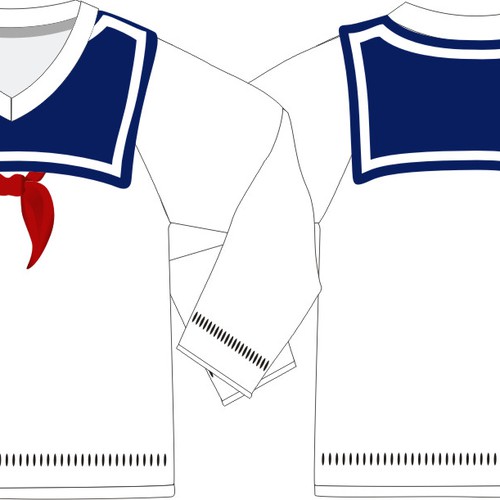 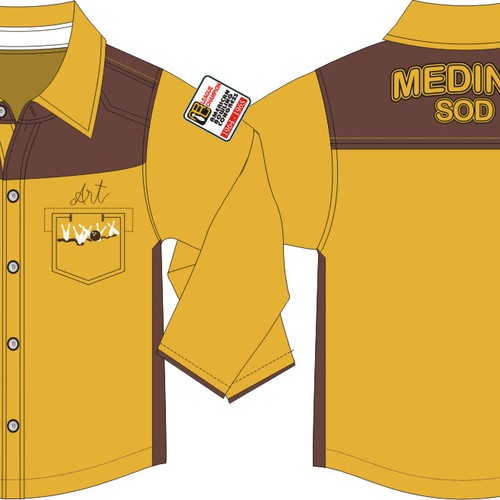 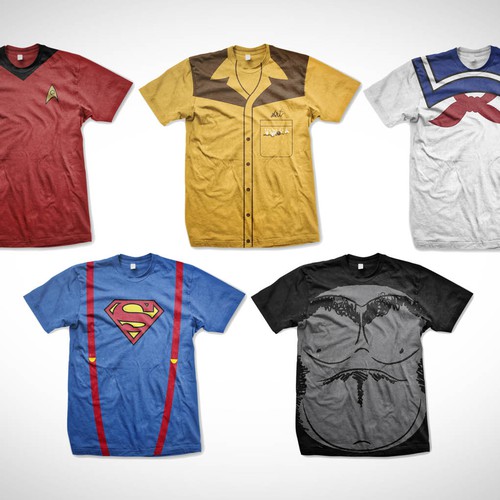 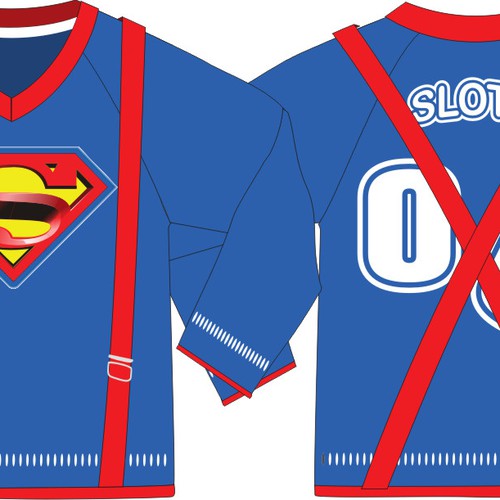 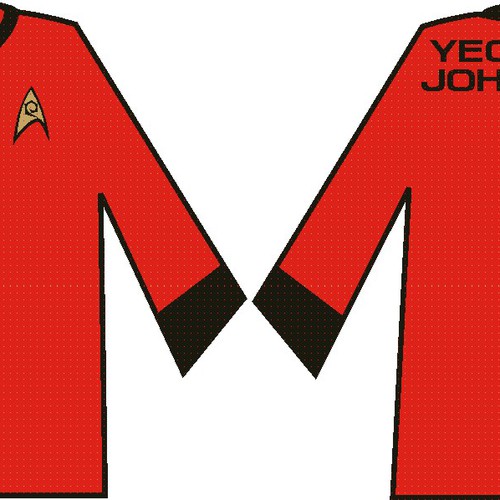 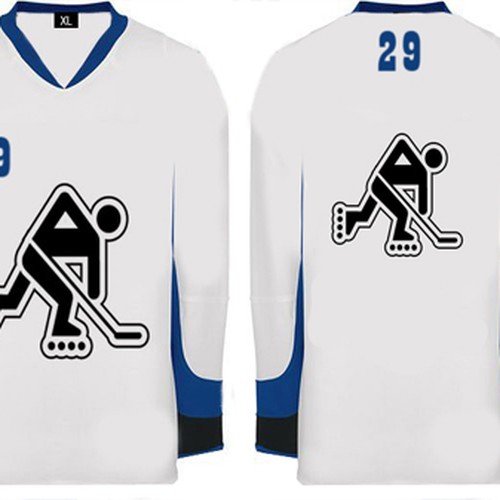 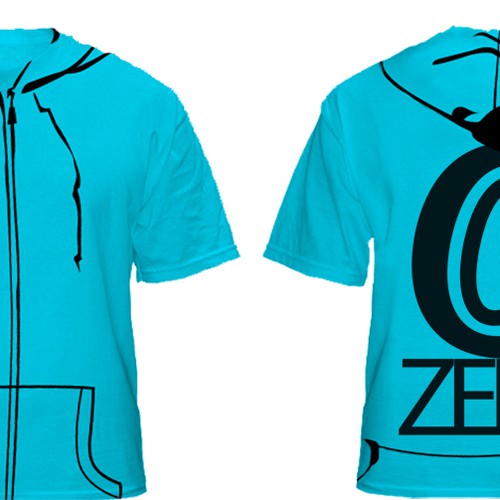 I'm in the business of stopping pucks. Business is not exactly booming.

I've added specific design details to each colour shirt, as I realized that it was just unfair to expect you guys to come up with designs which would be so subject to my fickle whims.

I would like the following suite of hockey jersey designs. So that I can print one of each and wear them at my own games.

BLUE JERSEY: Sloth from Goonies. I've already got the design started on this one. Basically, I want higher quality designs of the design that I've already got in the Sloth - Front and Sloth - Back images. Should be fairly trivial to polish it up and make it look great. I don't want Sloth's face, or "Goonies" on it, I just want it to look like what Sloth's torso looked like in the movie Goonies. NOTE: Although some great designs show the blue jersey sleeveless (and that is what it looked like in the movie, I'd prefer the design to have blue all the way to the sleeve. Also, could you show me what it would look like with "suspender tabs" (http://www.google.com/search?q=susp…s&tbm=isch)?

RED JERSEY: I'd like a replica of the red Star Trek shirt in the attached image: "Redshirt.jpg"

YELLOW JERSEY: I'd like a replica of the Lebowski shirt in the attached images. I want an illustrator file (or the sort) that looks exactly like the shirt in those pics. It's going to be printed on a Jersey/Tshirt, so the buttons and pockets and the patch have to be art instead of the actual fabric, etc. Also, I'd like to have the black mourning band on the right sleeve as is indicated in the picture attached.

BLACK JERSEY: I'd like a Gorilla chest (and maybe back). Again, I don't want a gorilla's face or anything like that, I just want it to look like the torso of a gorilla (maybe silverback?). I'm open to a full bare chest like this one (http://cdnimg.visualizeus.com/thumb…631d_m.jpg) although of course it doesn't have to be quite that level of detail, or maybe just the pectorals bare like this one (http://thumbs.dreamstime.com/thumbl…93512w.jpg). I'd like that the latter image has a textured base colour that looks like the fur (though I'm looking for a black/grey colour scheme more than the brownish one). Those are just examples though, I'm interested in what you guys come up with.

Note: I will be printing these with a full-sublimation printer, so the design can cover the entire jersey with as many colours and a fair bit of detail. I tend toward the more iconic jerseys, but if it looks awesome, I'm more than happy with it having an intricate base-pattern, etc.

Obviously this competition is wide, wide open, and since I'm not selling these, but using the design to print just a single jersey for myself, I can't offer a lot of cash for the design of each.

I really, *really* don't want to waste any of your time, so I'm hoping that early and frequent feedback can make all of us happy.

I'm hoping this can work out for all of us!

"Cool" New T-shirt Graphic needed for Cryotherapy Studio
US$ 299
80
entries
18
diseñadores
Looking for the "face" of our brand to start...a Mickey Mouse type image! A face easily remembered
US$ 299
We are developing a brand called Iron Boy Nutrition. Not only will Iron Boy be a nutritional company it will sell athle
63
entries
13
designers
SELFMADE
US$ 299
We are California fisherman We primarily fish for striped bass and large mouth bass.
71
entries
21
designers
Create a Website Logo A Great Outdoorsman Will Love!
US$ 299
We provide detailed information and product reviews on camping, hunting, fishing, skiing, hiking, kayaking, basically an
30
entries
14
designers
Black Girl Magic
199 $
115
entries
20
Designer
IU School of Nursing graduation T-Shirt
US$ 199
20
entries
5
designers

C'est parti!
Redbirds that swim
499 USD
Swim team
50
entries
14
designer
We need a powerful logo for active women to feel confident!
£239
SHEACTIVE is a range of sports bras that incorporate great design and state of the art technology to help women feel sup
74
entries
24
デザイナー数
The Skateboard Logo Everyone Wants But No One Has (YET)!!!!!!!!!!!!!!!
299 US$
This brand is ultimately a skateboard brand. It has to feel street with a clever logo. The logos I've attached are som
108
entries
37
diseñadores
Need vintage logo!
$ 299
Strength Sports
45
entries
11
Designer
Brazilian Jiu Jitsu logo needed!
A$ 399
I am a martial arts (Brazilian Jiu Jitsu) coach and competitor.
61
entries
14
designer
Softball Training Center looking for fun logo that fits! The location is on a working farm
300 $
Fastpitch Softball Training Center
147
entries
45
Designer
En savoir plus sur les designs de tee-shirt
Voir comment ca marche