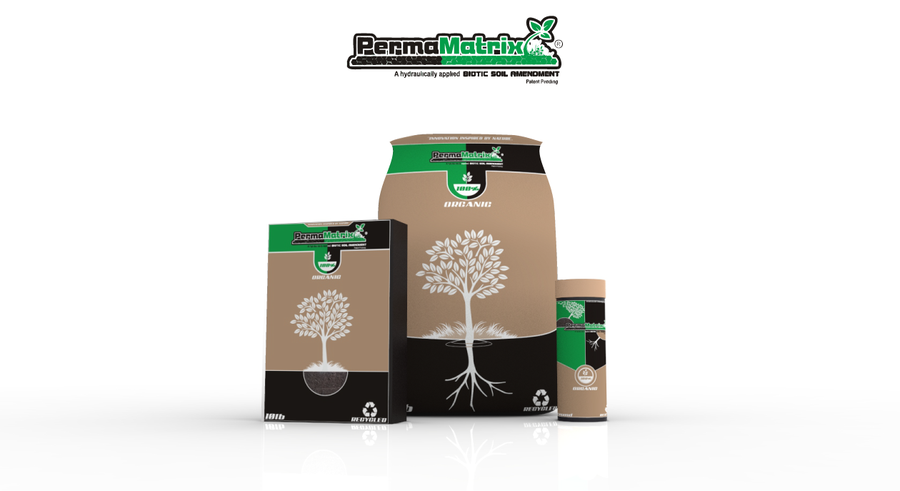 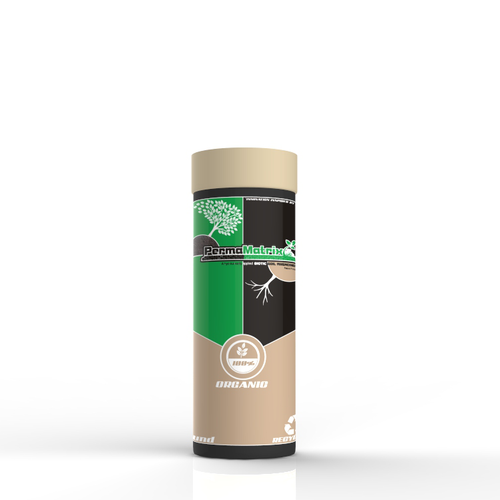 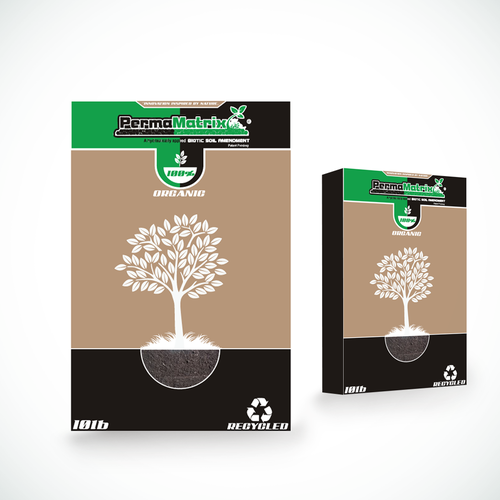 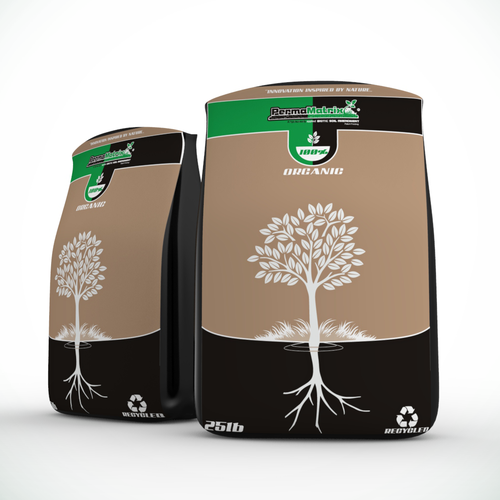 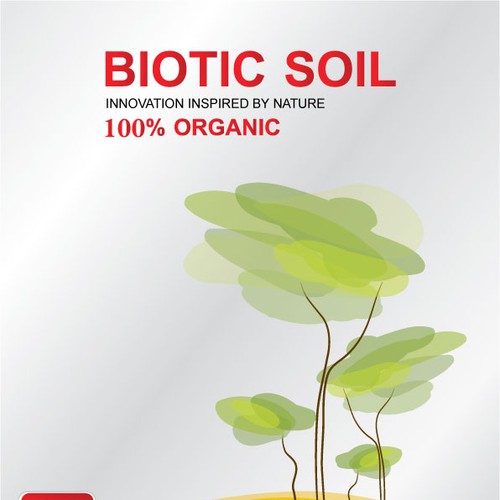 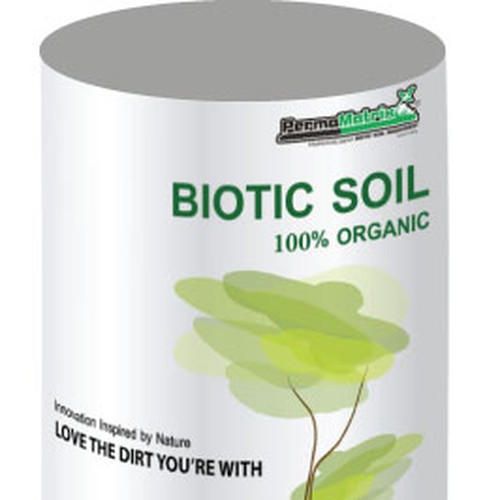 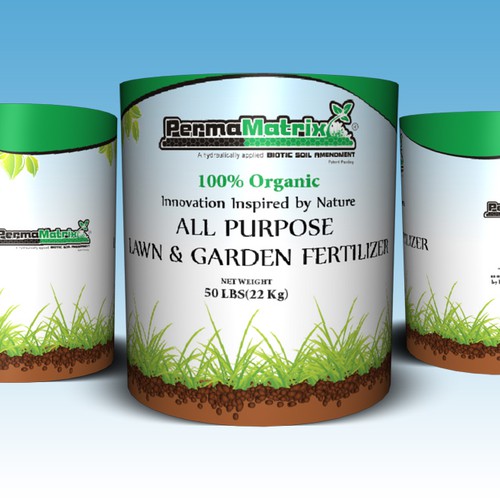 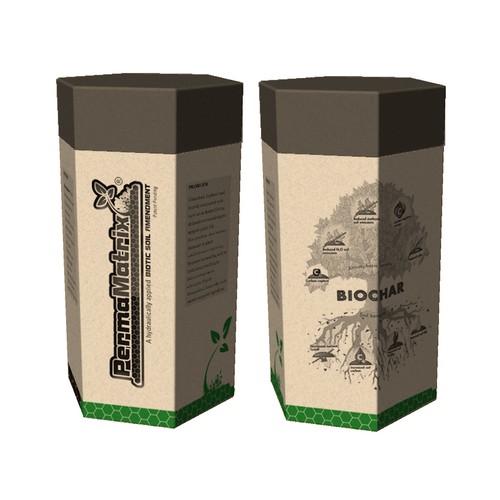 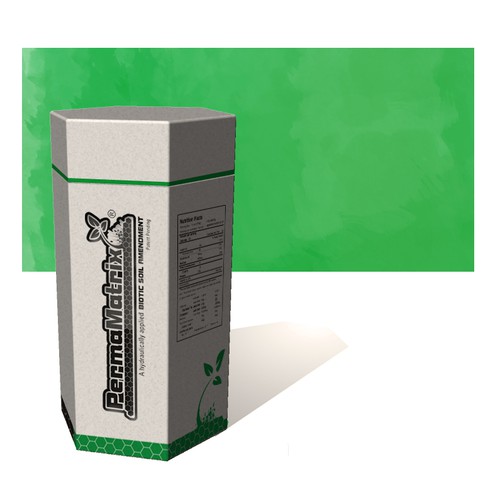 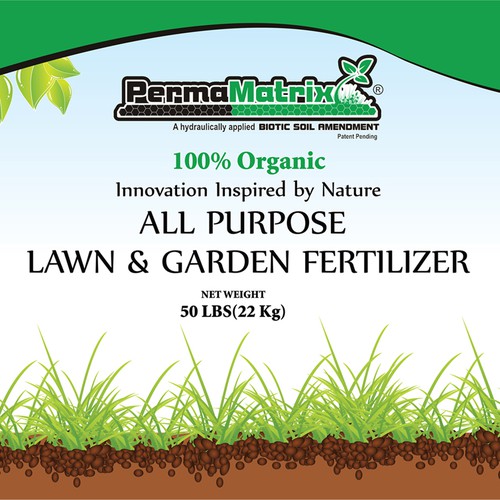 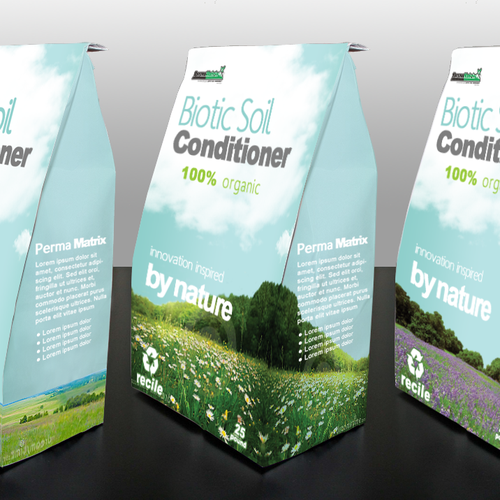 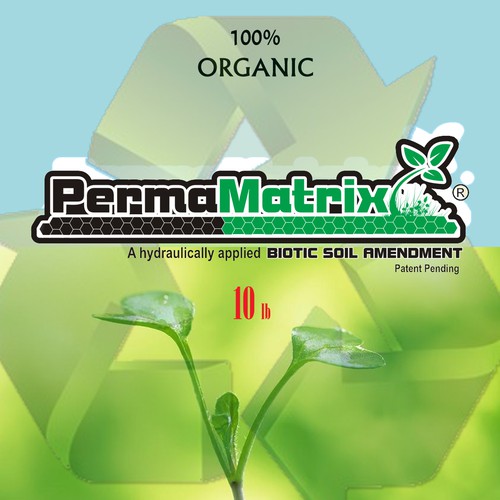 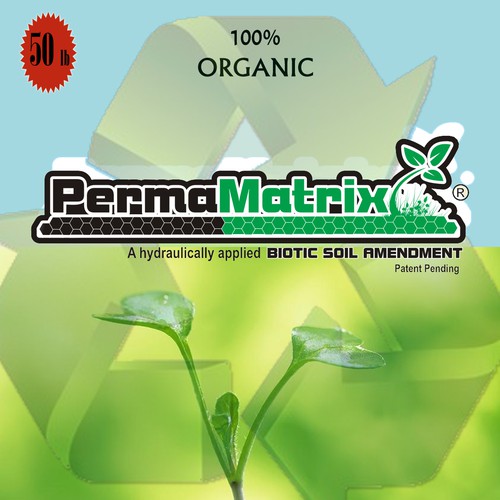 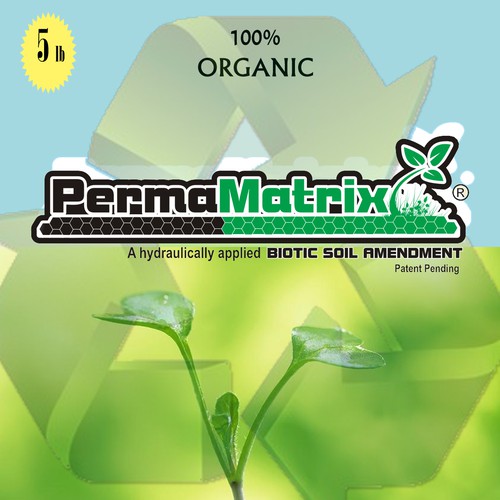 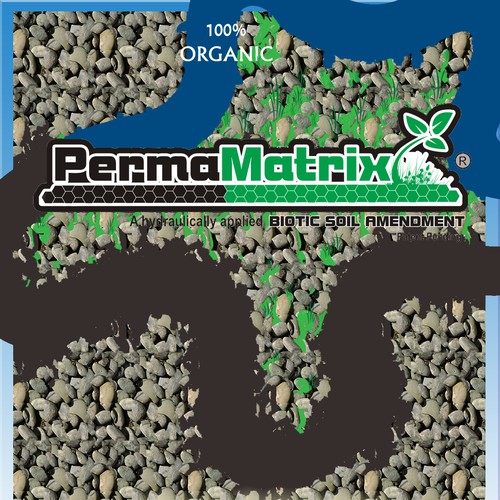 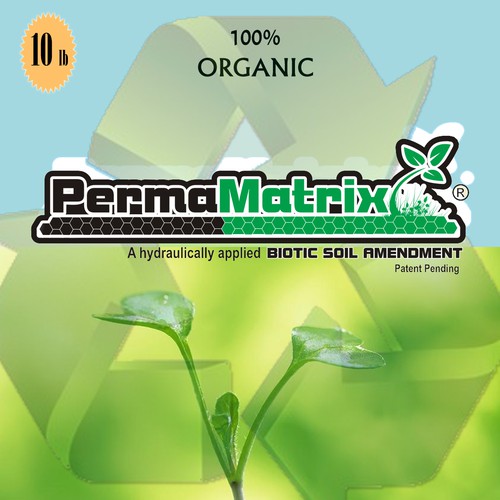 This product will go into the homeowner, gardening, agriculture, and nursery markets. PermaMatrix is 100% organic, and recycled, and we are looking for packaging that illistrates what it does, and how it will replace conventinal nitrogen chemical fertilizers. The sizing for packaging will be 1 pound, 5 pound, 10 pound and 25 pound and 50 pound.

Think of it as "innovation inspired by nature." The core idea is that nature, imaginative by necessity, has already solved many of the problems we are grappling with today. Plants, animals, and microbes are the consummate engineers. They have found what works, what is appropriate, and most important, what lasts here on Earth. This is the real news of bio mimicry: After 4.2 billion years of research and development, failures are fossils, and the successes are living all around us!

We are introducing an entirely new concept to the home
gardener that will radically change the way things are done in their gardens.
Think organic, trendy, white space and sustainable! We want consumers to
"LOVE THE DIRT YOU’RE WITH" as opposed to disturbing the environment
by bringing in large quantities of topsoil (and fertilizers that contaminate
everything). The concept is to work with
the dirt you have and "love" it very well while respecting the
environment elsewhere by not raping and pillaging dirt from it.

The current practice homeowners use is to haul in dozens of
bags of topsoil from big box retailers...but where did all that dirt come from?
It came from some other part of the earth where the topsoil harvesters
disturbed some other soil area, and released gobs of toxins into the air in the
transportation process in order to truck it to your local retailer.

PermaMatrix is how you love the dirt your with! By adding
PermaMatrix to the dirt you already have in your own yard, you are not disturbing
the earth somewhere else, you are not contributing to the
carbon imprint dump trucks leave from transporting all the dirt.
Perhaps best of all, you are not dumping toxins into the neighborhood water
supply by covering your dirt with nitrates and other harmful fertilizers. Now
that is not exactly "loving" the dirt you’re with...much less loving
your neighbors.

PermaMatrix is modeled after the exact recipe of
the Earth’s most fertile soils. We literally studied the recipe of nature’s most
fertile soils on earth, subtracted the ingredients that are already in your
yard, and combined the remaining essential ingredients in a highly concentrated
soil amendment called PermaMatrix. It is concentrated “LOVE” for your dirt. It
organically adds the perfect amount of highly concentrated biotics to the dirt
in your own yard.

Another key ingredient is Biochar – a charcoal-like
substance that not only acts as a giant Britta filter for your dirt, but also
creates a lovely home environment for all the microbes. It’s like a microbe
mansion! It also stores water and nutrients for the plant and soil’s future needs.
Now that’s love!

The packaging will be some type of a biodegradable box or
carton probably. It could be a recyclable plant-based plastic jar. Think
outside the box.

We are looking for someone who has his/her finger on the
marketing trends, was classroom taught, and loves the environmental movement.

PermaMatrix is currently packaged for a commercial market with Hydraullic applicators, those guys you see spraying that green stuff along the road side for seeding projects. PermaMatrix also has the microbes in it that clean up oil spills!  Also the logo is used on our commercial bags but if you are interested in taking some creative liberty please feel free!  We are looking for a great looking package that will move people to an emotion.

C'est parti!
We need an eye catching logo for our Raised Vegetable Garden Business
599 $
Victory Garden Beds PGH, LLC goal is to build raised vegetable garden beds to help customer grow their own food (or flow
280
entries
52
Designer
Design a desert logo for a landscaping company in Tucson, Arizona
449 $US
Landscaping work for people of all ages
65
entries
13
designer graphistes
Landscaping business logo needed
US$ 499
Lawn care, landscaping and plowing
82
entries
17
diseñadores
We need a powerful new logo and website design for an upcoming modern landscape and handyman service
US$ 599
We do landscaping from mulch installation to mowing. As well as handyman services such as deck staining, pressure washin
40
entries
8
designers
App logo design
$299
* What you'll be designing: We need a logo that can work for a phone-based app first and most importantly. This is an a
113
entries
44
diseñadores
Classic Shamrock Landscaping Company needs stylish logo
299 $US
We build patios, outdoor pools, hardscape installation, retaining walls, concrete, etc.
7
entries
5
designer graphistes
En savoir plus sur les designs de packaging
Voir comment ca marche