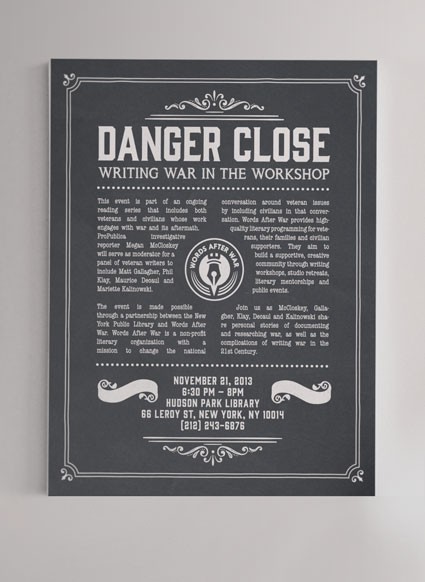 Create a winning flyer for Words After War 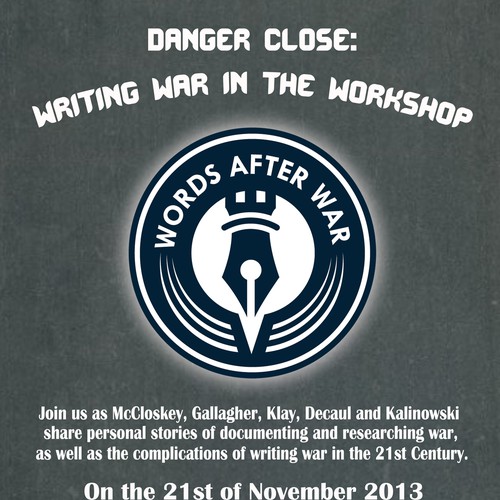 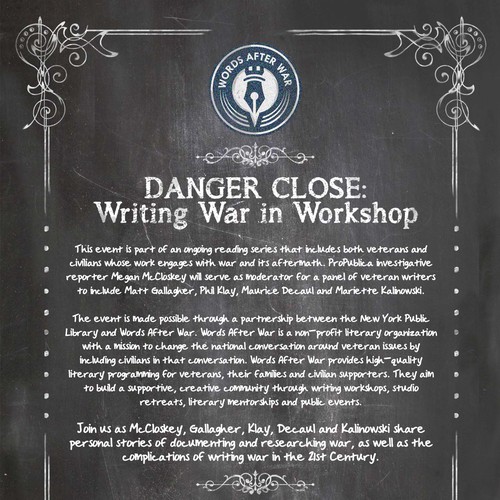 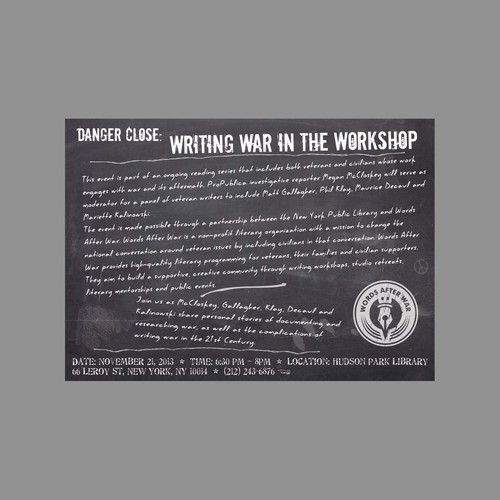 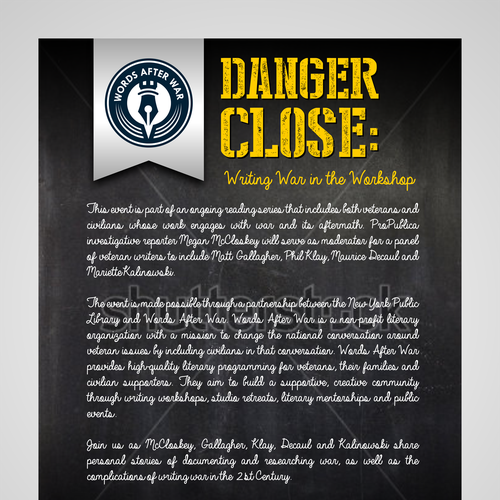 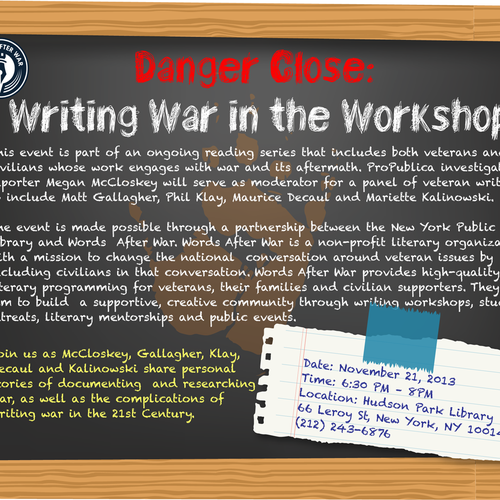 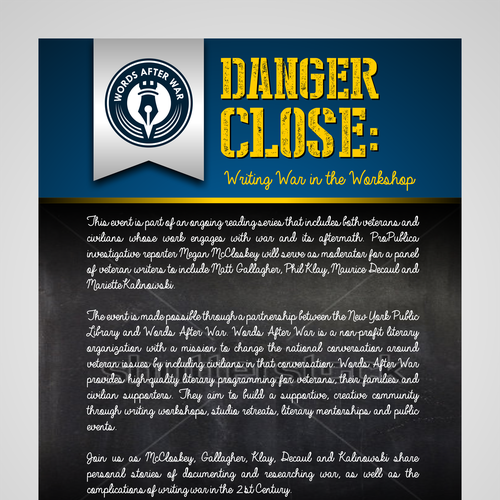 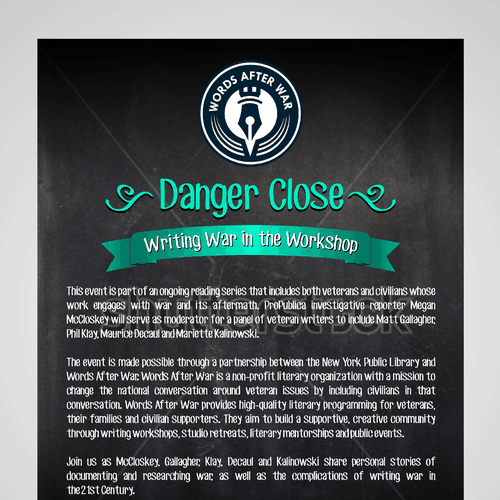 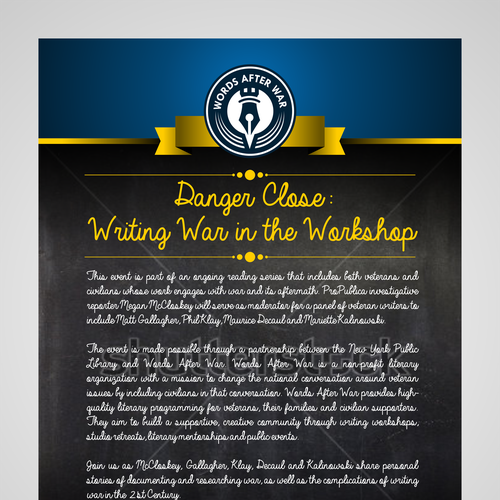 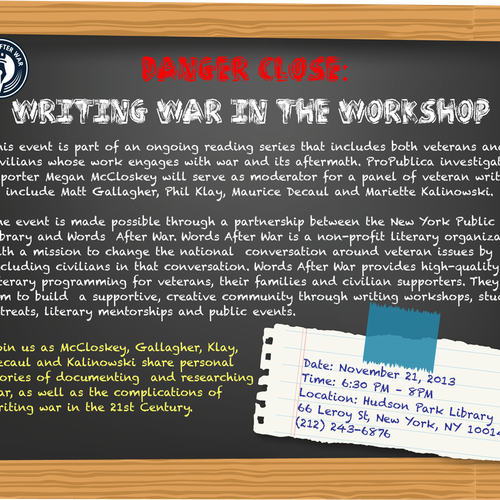 Words After War is dedicated to building a community of thoughtful, engaged and skilled veteran writers. Through high-quality literary programming, we provide veterans, their families and civilian supporters with the tools they need to tell their stories.

I would like a flyer with all of the following information included:

This event is part of an ongoing reading series that includes both veterans and civilians whose work engages with war and its aftermath. ProPublica investigative reporter Megan McCloskey will serve as moderator for a panel of veteran writers to include Matt Gallagher, Phil Klay, Maurice Decaul and Mariette Kalinowski.

The event is made possible through a partnership between the New York Public Library and Words After War. Words After War is a non-profit literary organization with a mission to change the national conversation around veteran issues by including civilians in that conversation. Words After War provides high-quality literary programming for veterans, their families and civilian supporters. They aim to build a supportive, creative community through writing workshops, studio retreats, literary mentorships and public events.

Join us as McCloskey, Gallagher, Klay, Decaul and Kalinowski share personal stories of documenting and researching war, as well as the complications of writing war in the 21st Century.

I want this flyer to look like a chalkboard with hand lettering and a rather vintage design.