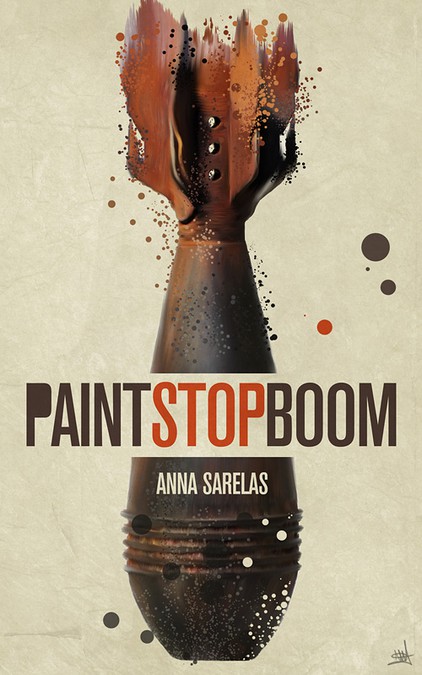 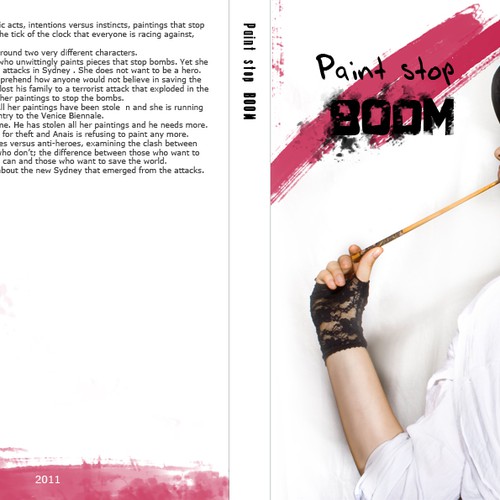 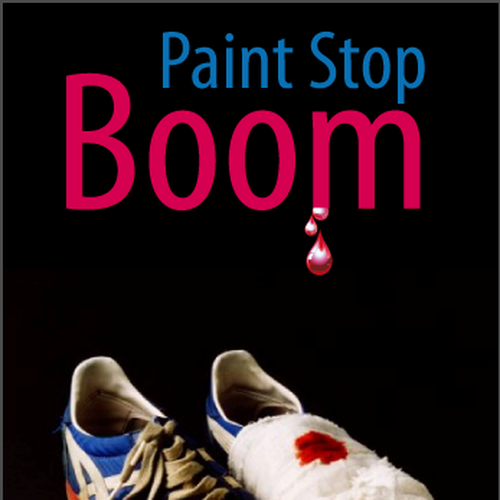 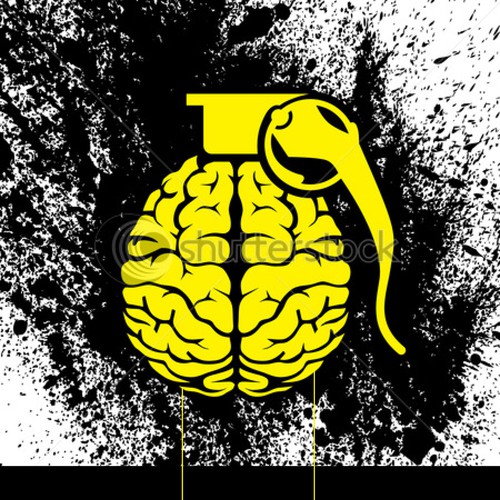 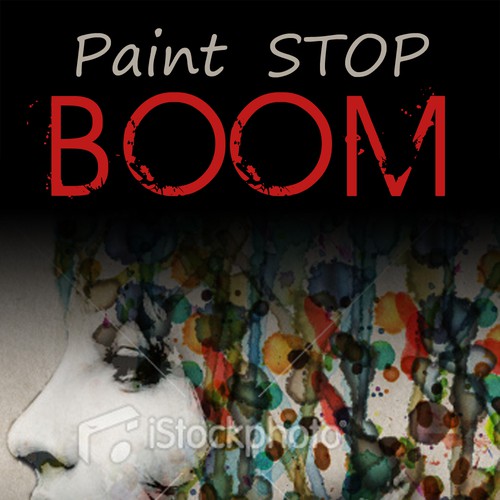 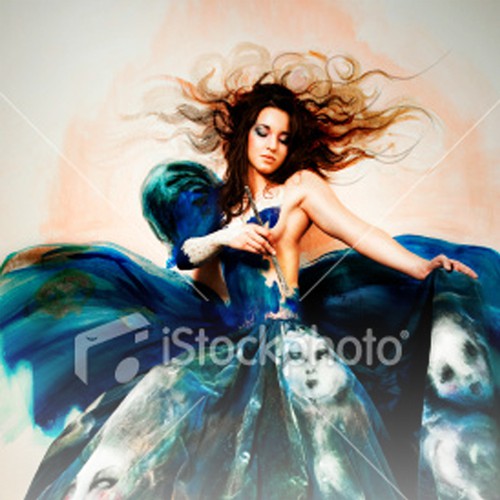 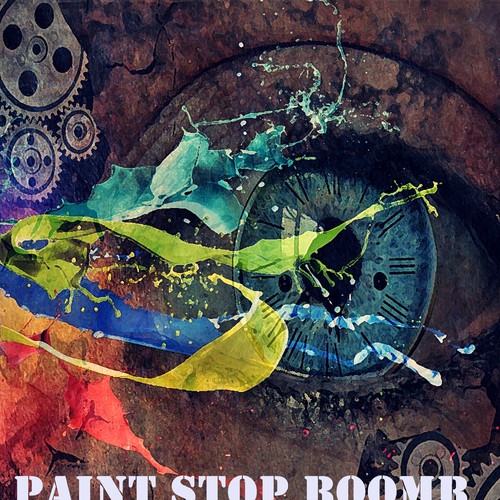 I am about to launch my debut novel on Amazon after breaking my contract with a literary agent. Going indie is a big decision and I would like a great cover!

I will include a synopsis of the novel below, if you feel that you require more information please let me know. It is based in Sydney, Australia and is titled: Paint Stop Boom.

“Heroes versus heroic acts, intentions versus instincts, paintings that stop bombs, a city changing to the tick of the clock that everyone is racing against, and the nature of change.”

Anais is an eccentric artist who unwittingly paints pieces that stop bombs. Yet she is unwilling to help stop the attacks in Sydney . She does not want to be a hero.

Michael cannot comprehend how anyone would not believe in saving the world if they could. He has lost his family to a terrorist attack that exploded in the heart of Sydney and steals her paintings to stop the bombs.

Anais wants her life back. All her paintings have been stolen and she is running out of time to submit her entry to the Venice Biennale.

Michael is running out of time. He has stolen all her paintings and he needs more. But the police are after him for theft and Anais is refusing to paint any more.

And of course, it’s about the new Sydney that emerged from the attacks.

A smart logotype for company providing standardized step-by-step illustrations
$ 525
W‍e believe simple illustrations are a powerful and efficient way to explain how to do new things. We provide cost e
567
entries
128
Designer
Powerful, edgy logo for trusted design agency
AU$ 399
Graphic design agency
67
entries
29
Designer
A bulb in an elevator
299 $US
It's a marketplace for ideas and collaboration. People put their ideas for sale and others offer to collaborate to make
42
entries
13
designer graphistes
#1 Mit Scharf – band logo
269 €
I´m looking for a funny logo for my music project / my live band. I´ts called: #1 Mit Scharf – in English:
32
entries
11
diseñadores
New age candles - Help the environment
AUD 399
Hand made soy candles made out of natural supplies. All supply is sourced in Australia and not from overseas. Supporting
92
entries
37
diseñadores
Shine Your Light Logo - Show your creativity and color!
320 USD
Mission: To provide individuals and groups more opportunities to freely express themselves through their creativity; pri
330
entries
39
designer

C'est parti!
Design a logo for high-end art/design business
239 £
Contemporary mosaic artwork and interior design. Luxury, high-end.
248
entries
64
designer
Minimalist design > innovative agency
239 £
Intelligence in design shape! AI & design Digital Creativity
85
entries
34
designers
We are looking for a modern, shiny design for the packaging of our new acrylic pencil set
EUR 409
Our product is for children from 3 years and adults of all ages who want to use their creativity without limit and witho
6
entries
2
diseñadores
Easy Graphics Design Job To Create Mockup Templates
799 US$
Bouteeki is a print on demand ecom store specialising in the sales of tapestry (printed fabrics) and canvas
73
entries
17
diseñadores
Golden Dental Lab
299 US$
We are a dental lab. Our customers are dentists.
55
entries
24
diseñadores
Woodsmoke - a collection for dreamers
299 USD
We sell hand-selected, unique and authentic, often vintage art and jewelry with the nostalgia of the American West
221
entries
55
designer
En savoir plus sur les designs de autre
Voir comment ca marche