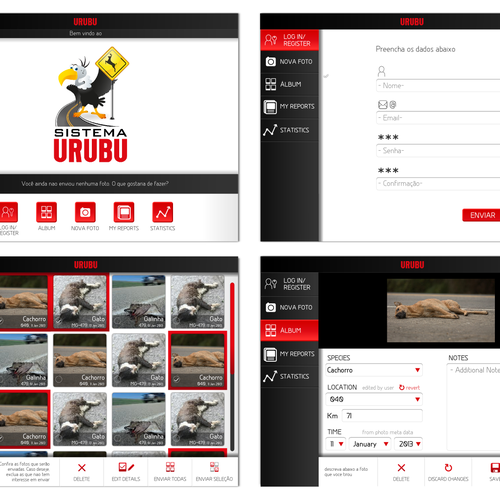 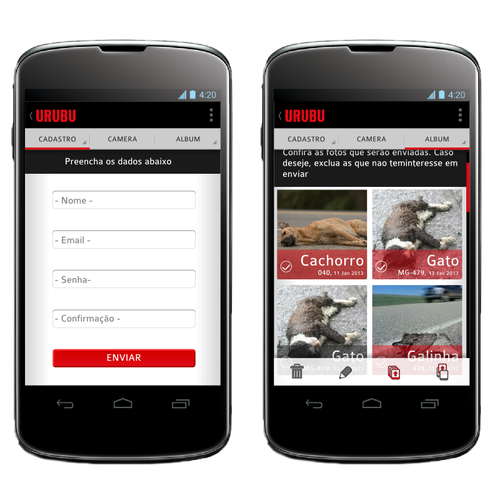 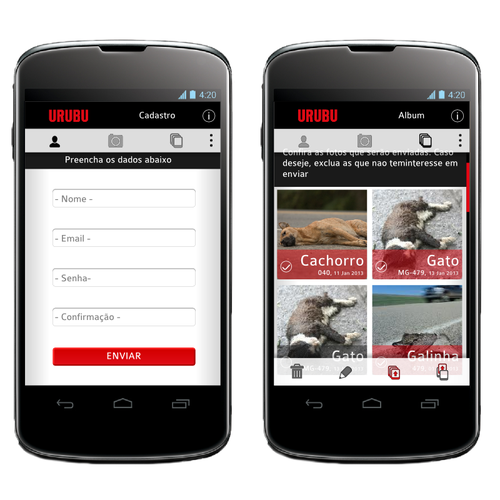 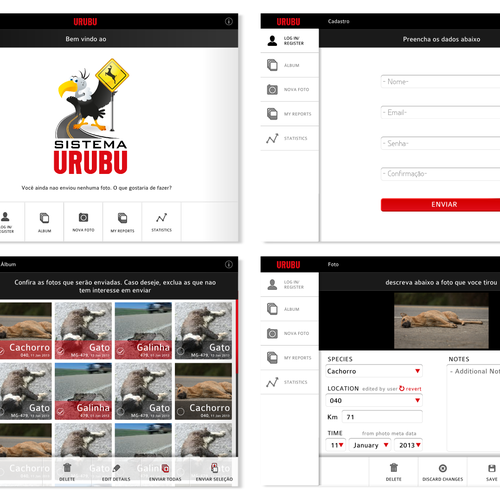 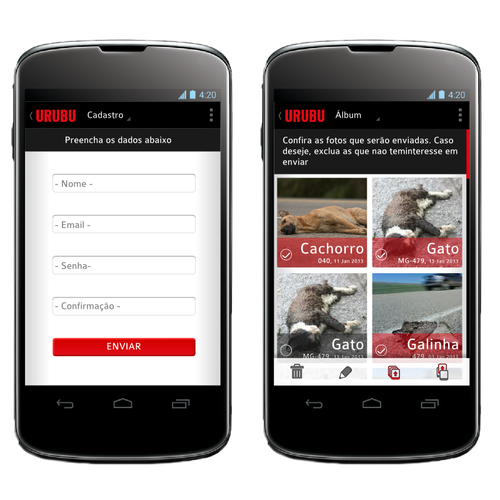 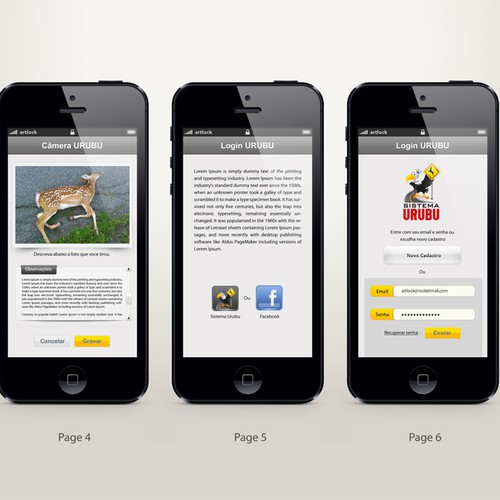 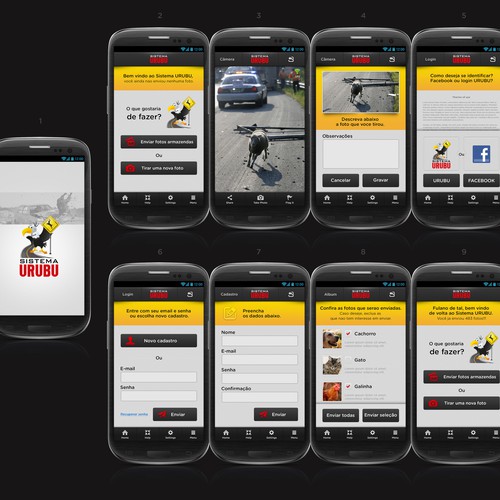 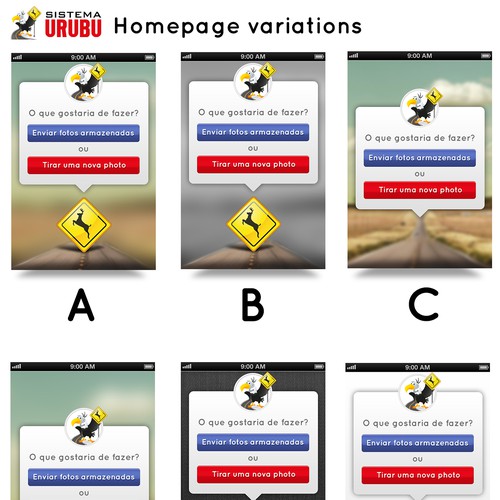 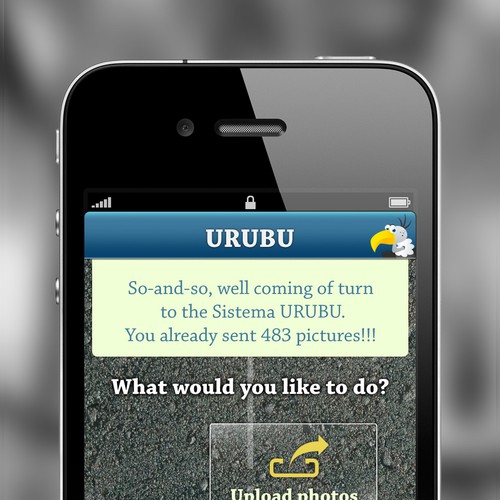 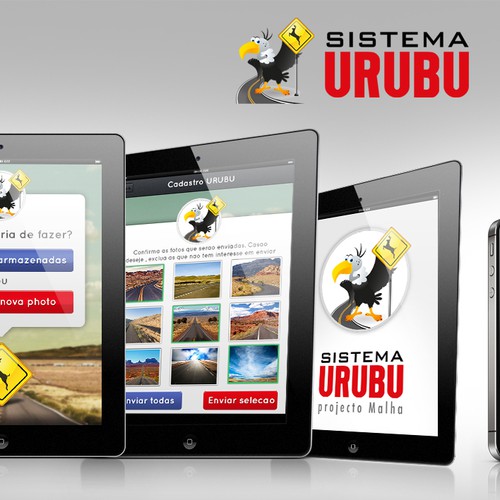 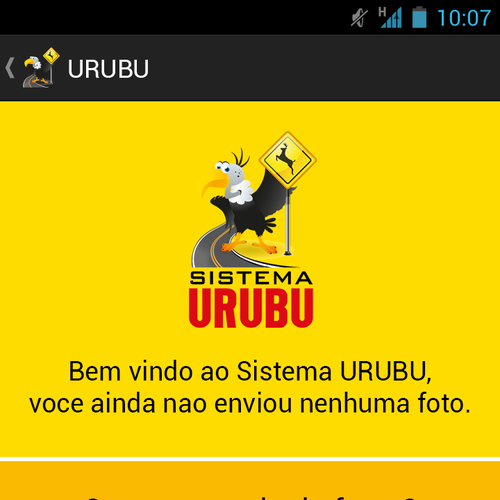 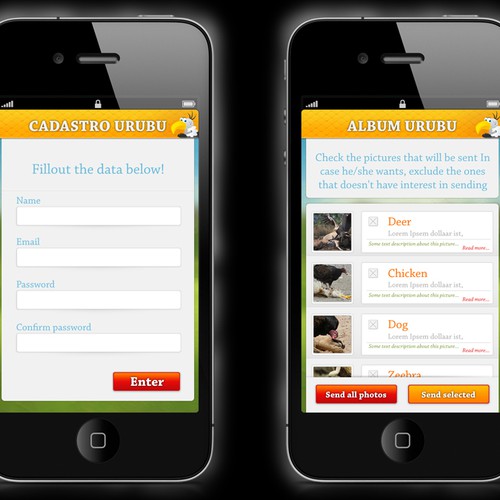 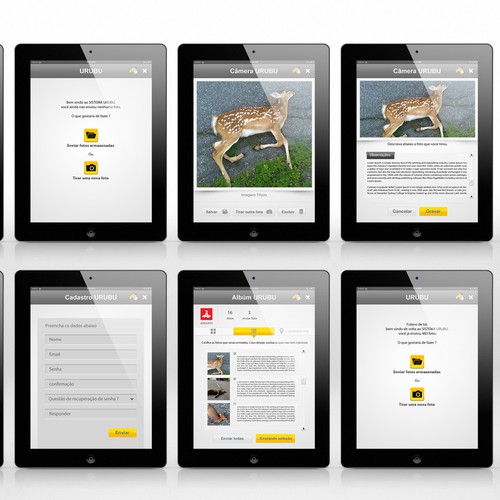 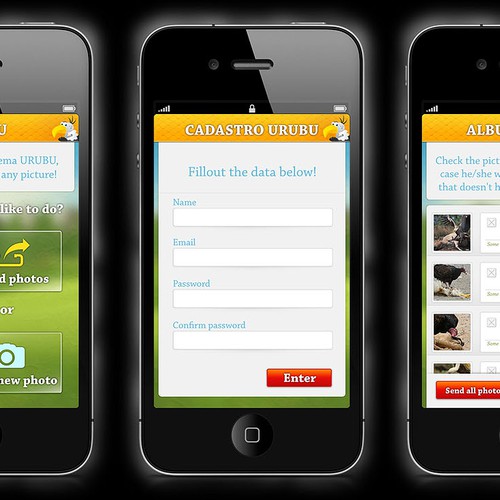 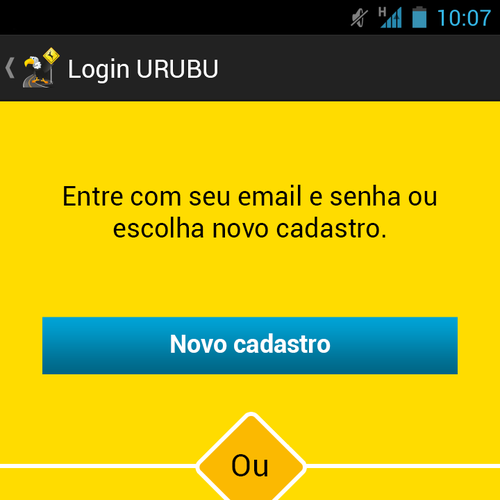 The SISTEMA URUBU (Vulture System) aims to analyze the effects of deployment and development of highways and railroads in biodiversity. It is estimated that half a billion animals die annually on the roads in Brazil. The PROJETO URUBU consists of a set of systems used to collect georeferenced data (photos, classificatory and descriptive information), store and generate reports on incidents involving animals.

The system's primary target are smartphone users who may collect data in the field during their daily routine, driving by the country. The project will be distributed to the general public as a free Android App, available on Google Play. The second target audience is researchers that can collect data in a planned and organized way, such as tracking and covering a specific area, specific highway or railroad. For this audience, the data collected by the system can generate studies, publications and enable the monitoring of these incidents.

The system name references the animal Urubu, in portuguese (Vulture in English) that are consumers of rotting flesh (carrion) and play an important role as sanitizers, eliminating rotting organic material. It is considered an important bird in cleaning the environment. They have the ability to identify and track the carcasses long distances, which is adherent to the project objective.

A clean style, focusing in the usability. There is no need to create complex components. It should follow the logo style and colors.

Clean and modern business app design
$ 1’999
We are a software company, providing web and mobile solutions to small to medium sized companies. We are looking for a u
130
entries
27
Designer
We need UX designer who can work on family app with created contents
US$1.199
The primary customers of this app will be Mongolian parents (especially moms) who currently live in the Mongolian capita
66
entries
19
diseñadores
Cool nightclub app; additional work for winner; good examples provided; experienced developer
599 US$
App for a nightclub and its guests. Should convey sexy, exclusive, high status clientele. I also plan to do a small p
104
entries
50
diseñadores
Upscale new cool fintech wait list app
1.299 USD
Marygold & Co. is a new fintech challenger debit card and app offing FDIC insurance, no account setup or min deposit fee
81
entries
30
designer
Design an intuitive, upmarket food delivery app
799 $
We are a high end restaurant delivery service. Think UberEATS except less $2 fast food burgers, and more $50 steaks. We
45
entries
20
Designer
A beautiful and professional UI for a fax-sending app
$799
Inspiration: https://99designs.com/mobile-app-design/contests/design-beautiful-professional-ui-fax-sending-app-813448/e
18
entries
15
デザイナー数