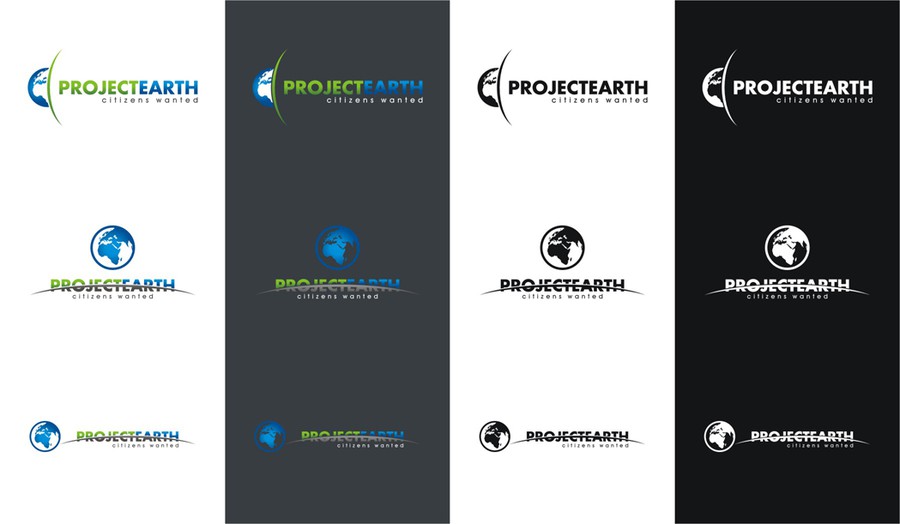 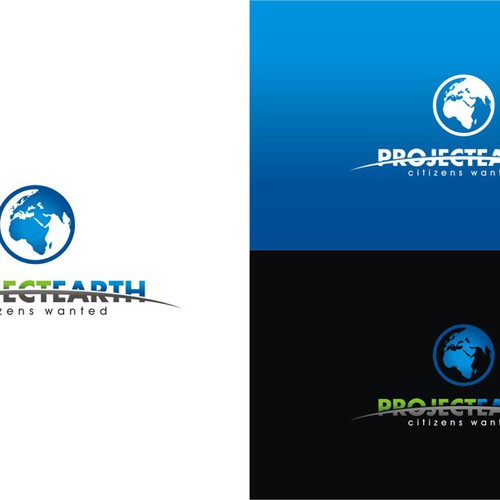 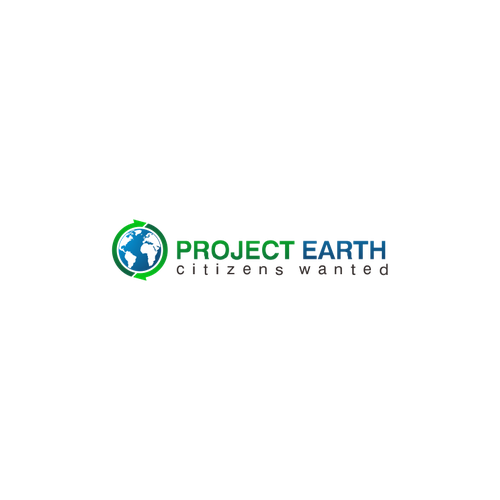 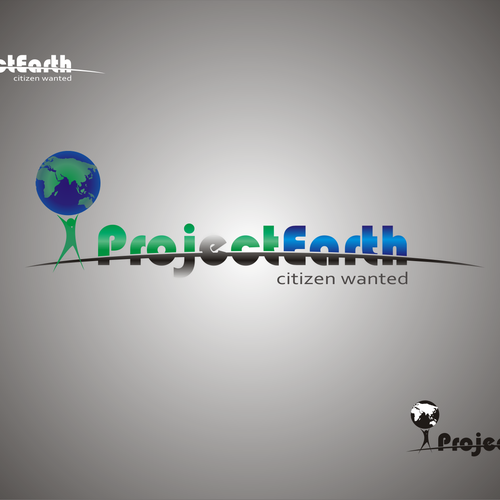 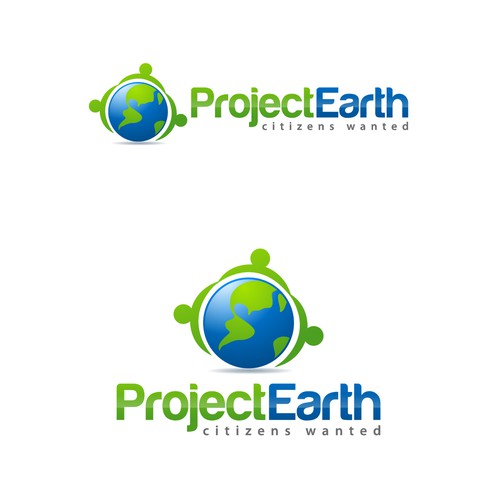 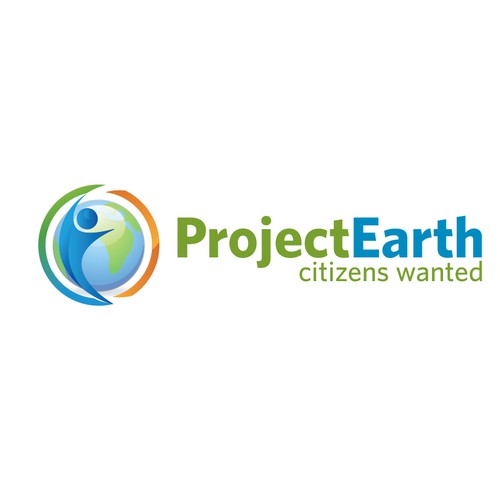 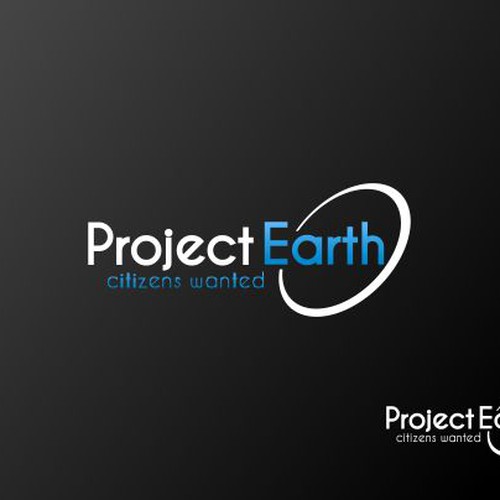 ProjectEarth is a non-profit that is centered around democracy, activism and technology. We are creating digital tools to solve global problems, such as voting and voluntarism.

Our target audience will at first include mainly technically savvy, young people who want to do something to "make the world a better place", but the project and the logo should be able to grow into broad appeal.

ProjectEarth began as the idea behind the Incremental Direct Democracy Engine, which was at the time a project termed "The Earth Votes". From there, we quickly began to create specifications for additional tools that would work together to fill in the holes in our digital society.

Today, ProjectEarth is the project which ties these tools together into a cohesive unit. It represents what these tools could become to the human race if they were ever fully utilized.

**Incremental Direct Democracy Engine**: A tool to facilitate functional direct democracy. To provide each person equal voice, to protect the minority from mob rule, and to still have actionable decisions.

**The Knowledge Tree**: A relational, crowd-sourced map of human knowledge and the dependencies it has. This allows the software to create lesson plans based only on what you currently know and what you want to know.

**Global Citizen Project**: A community building tool designed to facilitate voluntarism on a micro-scale in ways that are simple and fast for people, no matter how much effort they can put in.

**Citizen Research Project**: An open-access, peer-reviewed journal that publishes online and allows participation from any individual. Authority scores on specific topics are calculated based on verifiable skills/knowledge, past publications and research, community interaction and validation, institutional support, and other factors.

**Being Human 101**: One of the largest problems in finding agreement with other people is having different paradigms, or modes of thought. This project creates a value-agnostic (that is, equally acceptable to any value system) paradigm that is explained in a set process, allowing everyone to have at least one common mode of thinking to communicate with.

More info is available at http://www.reddit.com/r/project_earth

Please read at the link I provided before for a lot of text explaining the project. The logo samples I uploaded I designed myself using Photoshop shape tools in about an hour. It was never meant to be a final design or even a final concept, so don't feel locked into simply recreating what I did. If you have a way to make that concept really shine, I'd love to see it, but if you're inspired to something else please feel free.

I really want to see your creative passion. As a programmer, I know what it's like working within other people's requirements. I have requirements, but I want you to really give me your own interpretation of them.

Design a 40th anniversary logo for one of the biggest mental health conferences in California!
US$ 399
WHAT IS THE CMHACY CONFERENCE? The California Mental Health Advocates for Children & Youth (CMHACY) conference is the mo
36
entries
5
designers
Salute To Service
AU$ 399
We are a charity organisation that helps Australian Veterans/ex-army personel
42
entries
12
designers
Design a modern, warm and inviting logo for non-profit that rescues orphaned children
US$ 499
We are a non-profit organization that provides a safe, loving place for orphaned children across the globe. They are pro
143
entries
36
designers
Miller Wenhold Association Management
USD 499
For more than 30 years, MWAM has helped our association partners deliver greater member value and social impact on behal
131
entries
25
diseñadores
Improve our club logo for Thai Boxing
£ 239
Name: Black Diamond Thai Boxing Club. We would like an improved or re-designed logo based on the current Black Diamond
27
entries
10
Designer
Logo needed for new Music & Craft Beer Festival on the CA Coast!
$299
We are a Chamber of Commerce. We provide member services and host events for the community. The logo you are creating is
34
entries
9
diseñadores

C'est parti!
Tech + Social Justice !
US$299
Mission: RECLASS  educates former service members in computer networks to facilitate a transition to a new career upon r
6
entries
2
diseñadores
Fuel Student Ministries Logo
USD 299
We are a youth organization in Florida. Our target audience is middle and highschoolers. The brand needs to be something
46
entries
15
diseñadores
Create the logo that changes peoples lives! We aim to help people level up!
299 US$
Elevate We aim to level up and improve our mental health, physical health, relationships, business, and finances. We fo
120
entries
17
diseñadores
Community Cleanup Logo - Modify an existing logo
US$ 299
Volunteer trash pickup
25
entries
9
designers
Design a new logo for a new professional certification provider
US$499
PCB is a private, non-profit corporation offering voluntary credentialing to behavioral and community health professiona
80
entries
20
diseñadores
The 30 Day iSEWlation Challenge
US$ 299
we are a non-profit, www.sewpowerful.org and we are going to run a 30 day challenge to sew purses help keep girls in sch
126
entries
29
designers