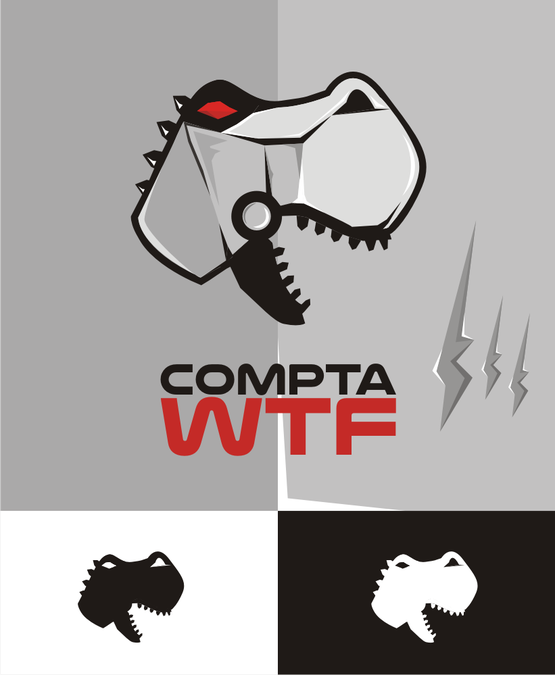 A dinosaur logo for an IT freelance accounting company! Accounting not boring! 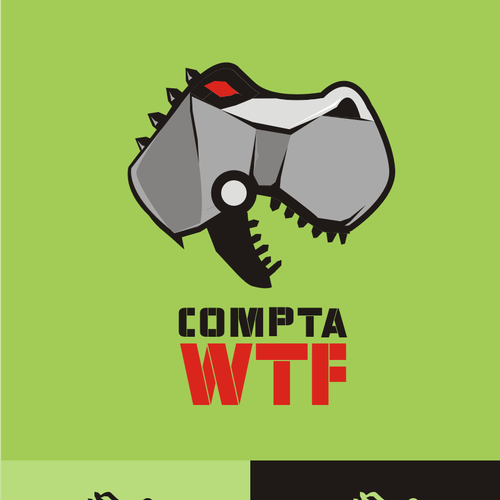 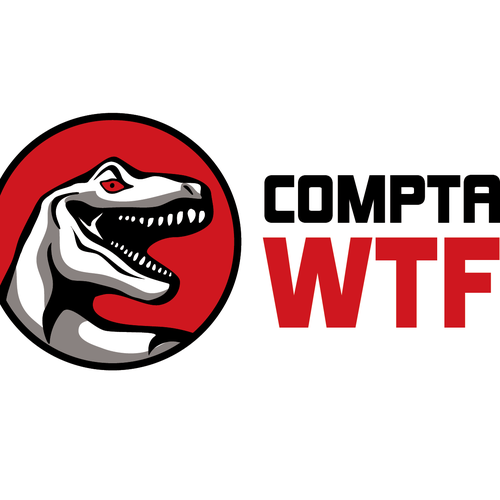 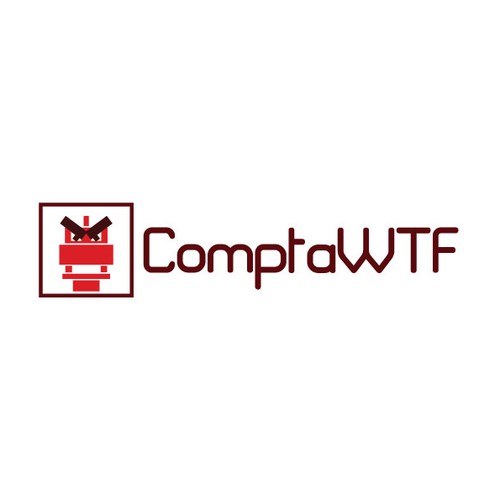 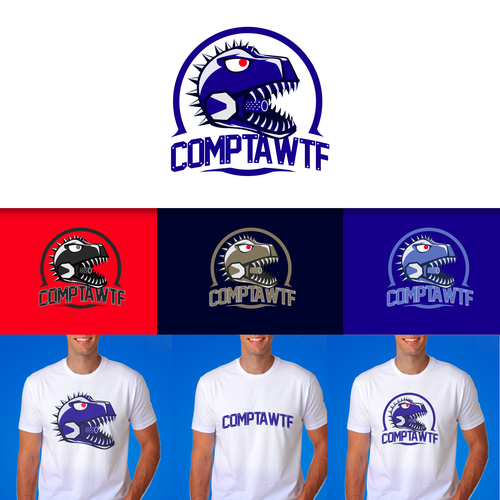 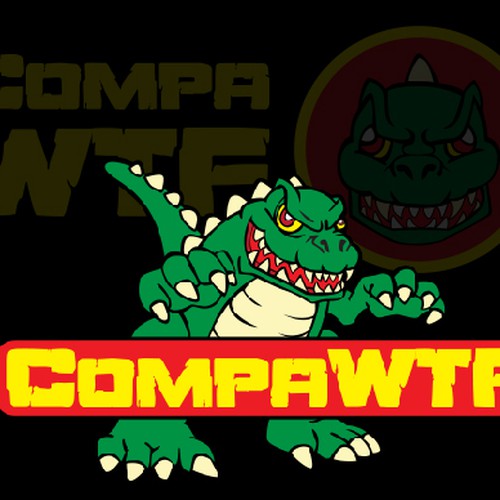 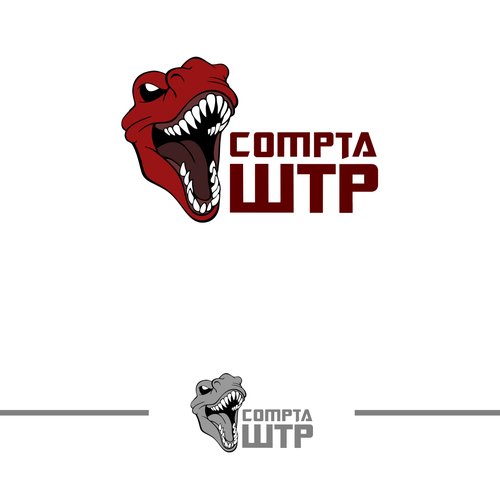 ComptaWTF is a online accounting platform specifically designed for French IT freelances.

We are looking at launching a new accounting website for French IT freelances, with a very strong personality. Our main message is, "Accounting, WTF? Let us handle that".
As such, here are the requirements:

1 - The logo should illustrate a dinosaur, in an angry stance, only the head. This will be the company mascot.

2 - The audience of the company are IT freelances : they are mostly male, and love video games & talk about older video games. The theme of the design could be oriented in this area. (Robotized dinosaur? Pixel art? Eyes with red lasers?) Inspirations would be the Gon dinosaur from the Gon manga, and the Grimlock from Transformers.

3 - The dinosaur personality would be strong, fearsome, cold -- dealing with problems by breaking stuff. The Gon dinosaur from the Gon manga & Grimlock from Transformers would be good illustrations.

4 - We intend to reuse the dinosaur mascot in various places of the website, in others customized positions/moods/... (which would be extra work we would contract later on via 1-1 projet with the winner) -- an example of a company reusing their mascot would be MailChimp.com, which reuse their chimp mascot on several of their pages.

EDIT: (additions post launch)
- We intend to reuse the mascot in others customized positions in silly/humoristic situations, in which the mascot will keep its personality (strong, cold, fearsome, etc). E.g. it will be stuck in helpless positions -- representing the struggle to handle paperwork as a freelance; on the FAQ page it will be in a "WTF" stance.
- Switching to only asking for the head as a logo -- the body will be for the future illustration, and will use the proportions of the Gon dinosaur ( http://matiassoto.deviantart.com/ar…-244034517 )

C'est parti!
Bookkeeping Company Very Open Minded
299 USD
Im really open to any idea. The company will be working with QuickBooks Online small businesses. Basically doing all of
178
entries
32
designer
Wealth Spring - Financial Wellness - to appeal to women
$299
I work with people to help them flourish financially, and am particularly concentrating on the feminine wellness market.
149
entries
50
デザイナー数
Design a logo for an innovative personal finance startup
299 US$
PersonaFi is an investment application that provides the retail investor a frictionless experience with the use of AI in
118
entries
23
designers
Medical tech Investment firm seeks powerful logo
USD 299
We invest in seed biotech companies with the hopes bringing products to market that change the world. This is base logo
138
entries
26
designer
Design our scissor weekend
USD 299
This is an annual get together with 8 women over 50; the design should incorporate a pair of scissors and 8 women
49
entries
23
diseñadores
Team Logo Will Get Massive Views Online
$399
We run a high energy sales team that is big into recruiting, sales and having fun and celebrating our wins.
133
entries
43
デザイナー数