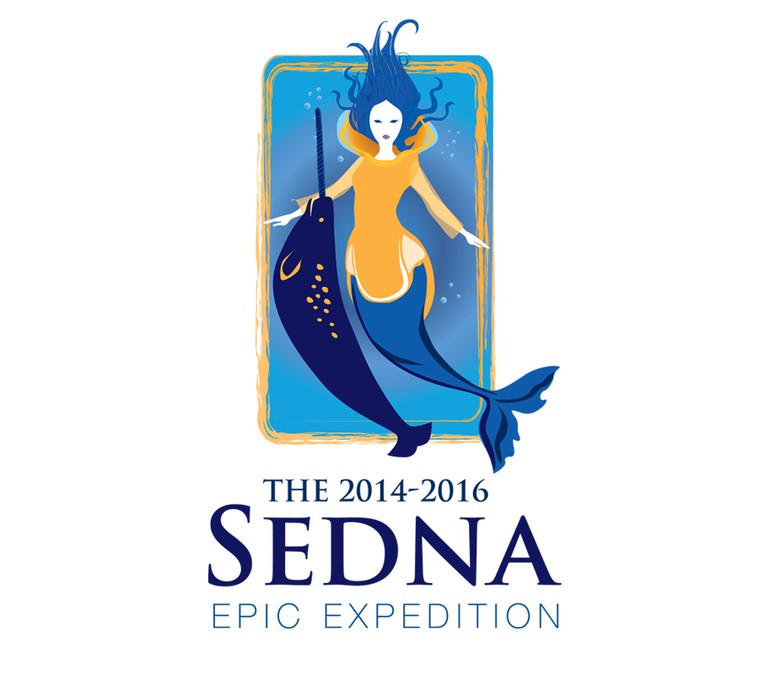 Create a logo for an EPIC Women's Expedition to the Arctic 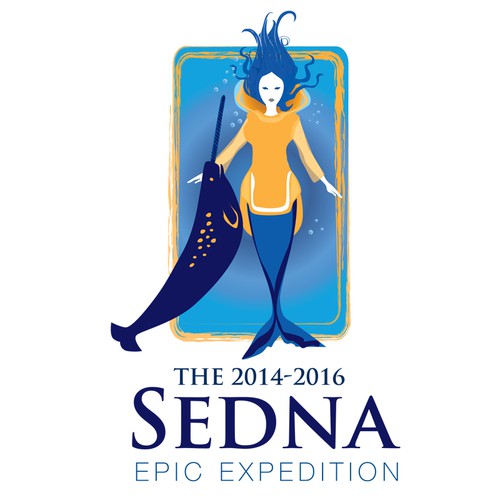 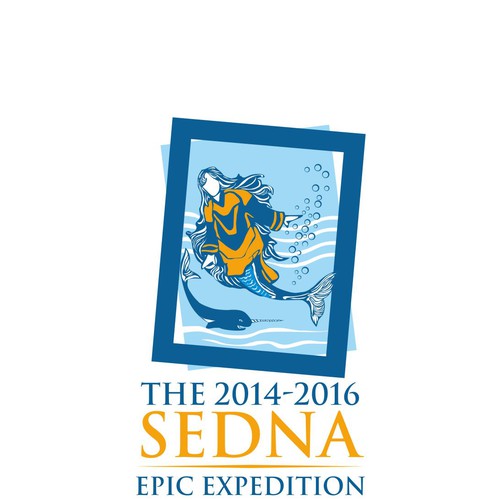 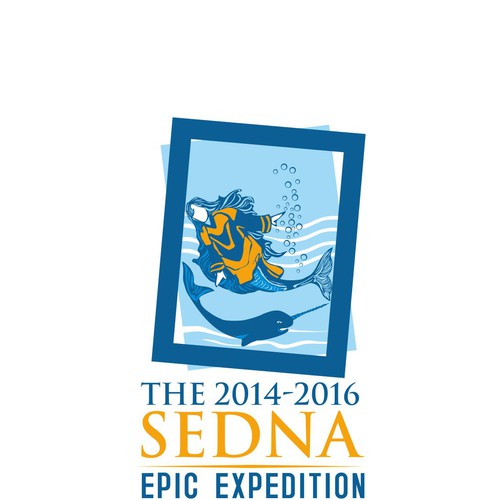 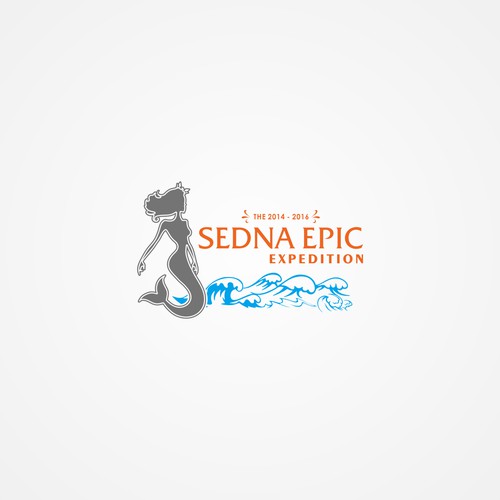 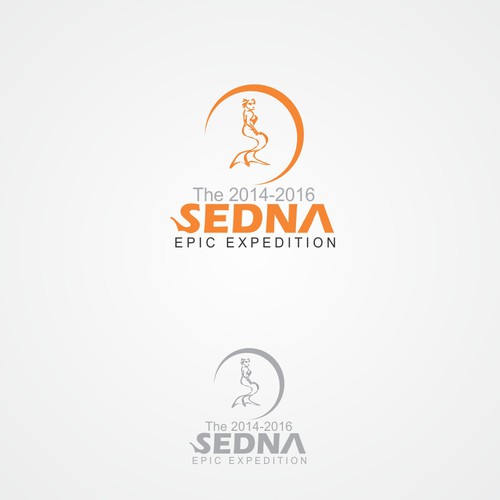 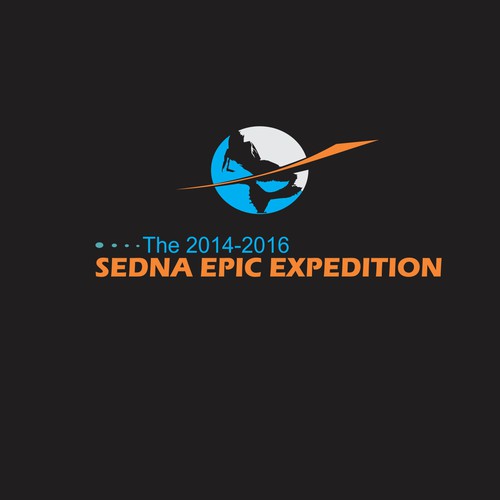 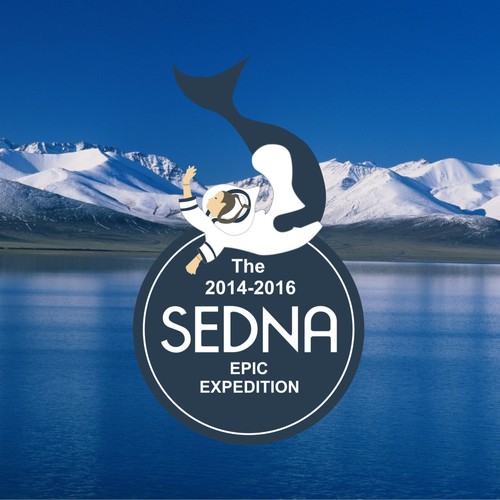 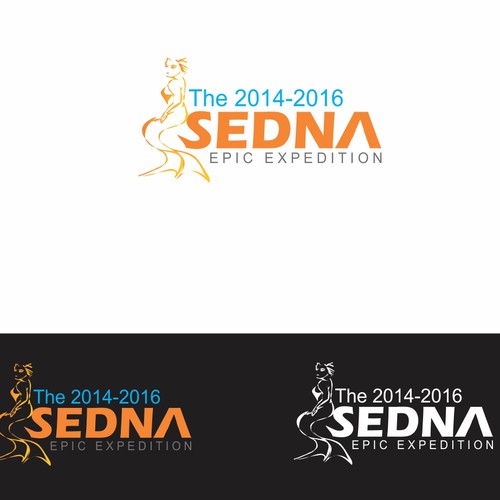 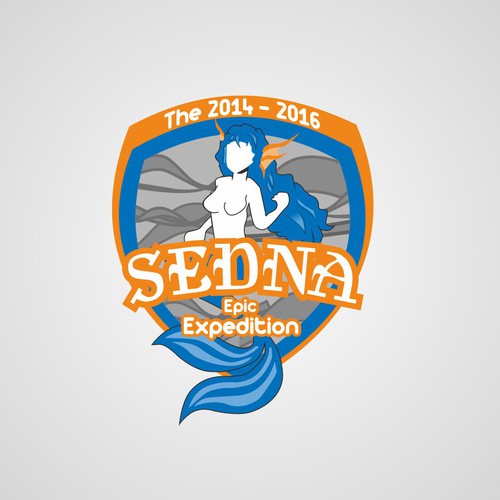 Background:
In July 2016, a team of ten passionate women will embark on an epic three-month journey, snorkeling over 3,000 kilometers through frigid Arctic seas from Pond Inlet, Nunavut, to Inuvik, Northwest Territories. Supported by a mother ship equipped with two rigid hull boats, the snorkelers will scout and document the impacts of global warming on this fragile arctic ecosystem and on the aboriginal peoples' traditional ways of life.

- The 10 team members and the number 10 is symbolic of the ten fingers of the Inuit sea goddess Sedna (the "Sea Woman") whose fingers became the large sea animals for hunting as part of the legend
- Expedition for marine science and archaeology, educational outreach, hyperbaric medicine, Inuit culture, issues impacting women and girls in the North, disappearing sea ice and climate change
- Proof-of-concept expedition in July 2014, from Labrador to Baffin Island to West Greenland
- Following in the footsteps of Vikings, Canadians (Amundsen, Franklin and Steffanson)
- Official Name: ”2014 – 2016 Sedna Epic Expedition”
- A call for action to bring attention to disappearing sea ice and to make global policies based on sound science

Logo design project:
The expedition requires a logo and wordmark that captures its spirit. The finished logo will contain

- Wordmark with the official title of the expedition "The 2014-2016 Sedna Epic Expedition"
- Logo which includes the image of a tusked narwhal (unicorn of the sea) and Sedna, the sea goddess or the sea woman. She is also the mother and protector of all marine mammals. (Background links: http://en.wikipedia.org/wiki/Sedna_…thology%29 )
- Sedna might be intertwined with/holding/protecting a narwhal, or pictured solo
- The image of Sedna the sea goddess in her Inuit form (Wearing an Amauti (or traditional Inuit women's parka) with striped trim. (Google image search will provide 000's of sample images), long wild and flowing hair (her hair is sometimes in a loose braid), a whale/fish tail, no fingers. Her tail can resemble a fish with intricate scales...
- Colours: "Contemporary/modern" Blue and Orange and Grey (designer can suggest others) (Narwhals are grey. SEDNA could be grey and orange. The water could be a complimentary shade of blue.
- A square configuration (or framed logo). Logo should not be round. (The logo will be used as flashes on expedition jackets, hats, scuba tanks and dry suits. The logo will be used on the website and it will be made into an expedition flag that will fly from the mast of the ship.
- If possible capture femininity, the Arctic, Snorkelling (the snorkel zone +/- 15 feet above and below the water)

Podcast Cover or 13-Year Old Kid with Cancer
299 $US
This is a podcast logo/cover for my friend Nick. Nick is a 13 year old boy who has brain cancer. He loves dogs, ca
10
entries
6
designer graphistes
Design a logo for a new French Business community in Western Canada
CAD 399
The organization is building a community of French Executives in the West Canadian Area. We aim to foster connections, e
106
entries
17
diseñadores
Design Awesome New Logo/Branding for Trivia Website
299 $US
We sell trivia questions to people running trivia nights. Target audience is fundraiser organizers and event organizers.
66
entries
11
designer graphistes
Let’s Make The World A Kinder Place
299 $US
I’m looking for a symbol really that will embody loving kindness. I originally wanted some form of heart design because
72
entries
17
designer graphistes
Official Seal for the Society of Michiganders!
US$ 899
We are a society of people dedicated to the great state of Michigan and its people. Our group is made up of "certified"
78
entries
18
designers
Fun & creative logo for an arts, crafts & activity club for adults with learning disabilities
239 £GB
'Happy Days Club' is an arts, crafts and activities fun club for adults with learning disabilities. The logo needs to be
66
entries
25
designer graphistes

C'est parti!
Logo needed for a fundraiser for a puppy husky that has no front paws! She is a little kangaroo/TRex
$299
We are going to be doing a fundraiser to get prosthetics for our husky pup that was born without front legs.
44
entries
9
diseñadores
Poor, non profit lawyers working to improve their community need a logo
$299
Law office
30
entries
15
diseñadores
Pro-Life, Pro-Love Logo to Serve Pregnant Moms in Need
299 $US
This is a pro-life, pro-love organization that serves pregnant moms in need and empowers them to love their children and
19
entries
9
designer graphistes
Create the logo that changes peoples lives! We aim to help people level up!
$299
Elevate We aim to level up and improve our mental health, physical health, relationships, business, and finances. We fo
120
entries
17
diseñadores
I want to give people with disabilities more choice
799 $AU
I assist NDIS participants to mange their plan, process claims and make payments to providers
84
entries
10
designer graphistes
Design a cool logo for an outdoorsy homelessness charity
359 $
I want to sell hats and t-shirts featuring a stylish depiction of St. Bernard of Montjoux (the patron saint of skiing an
58
entries
11
Designer