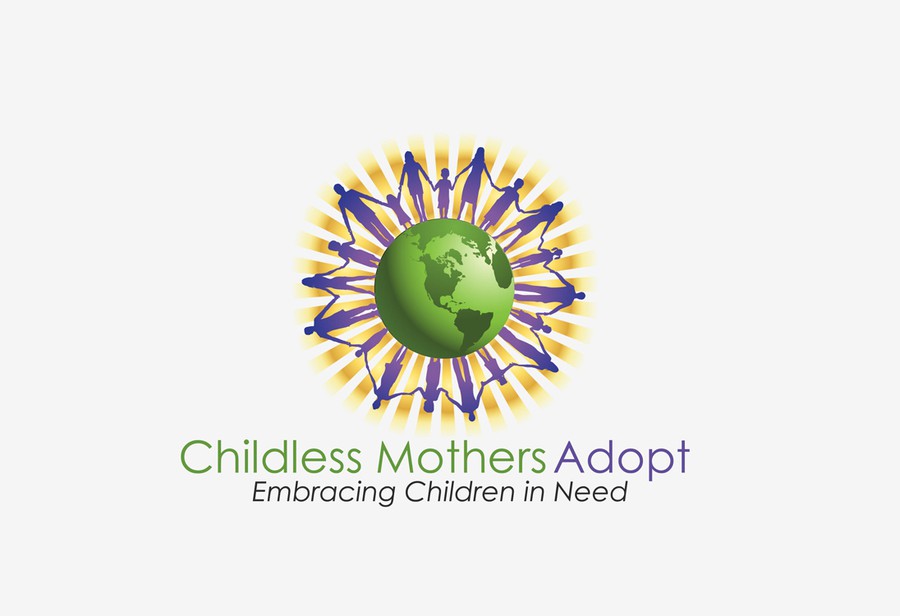 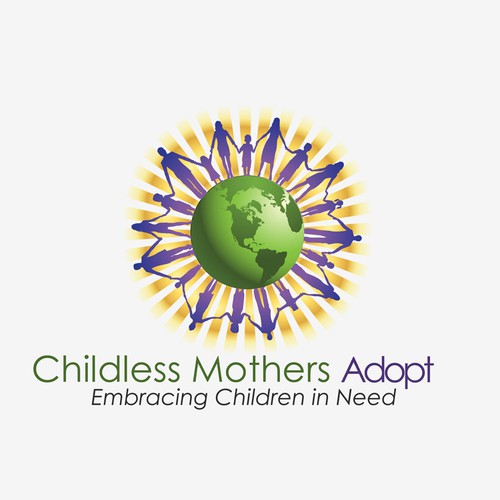 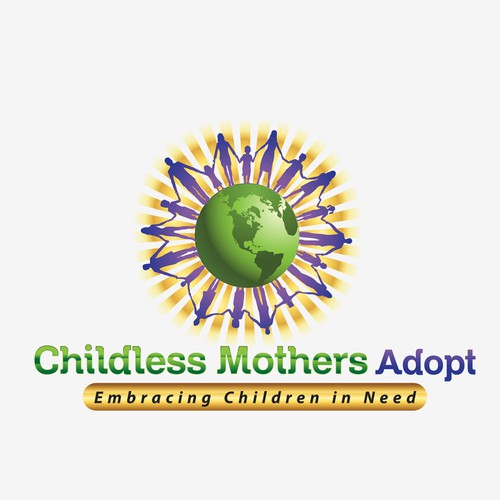 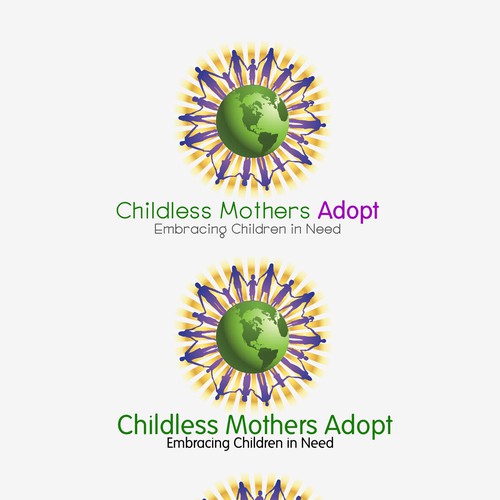 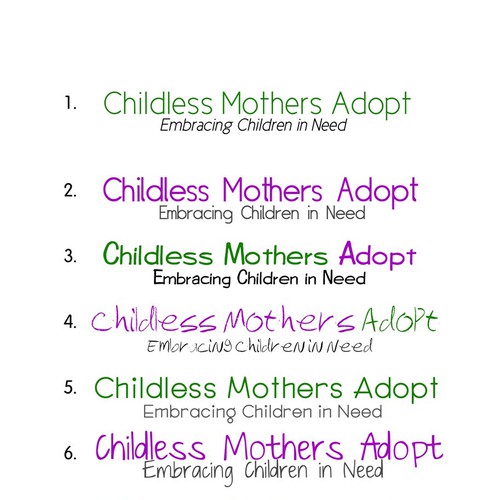 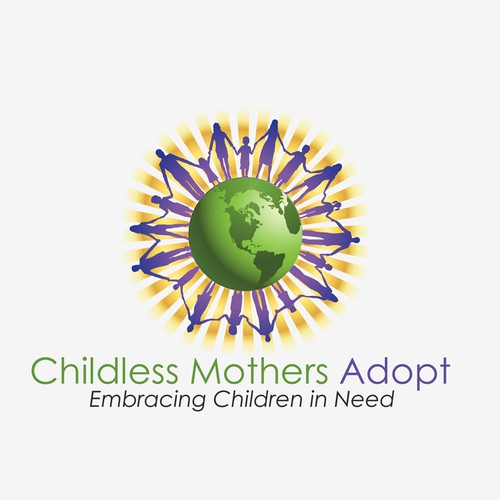 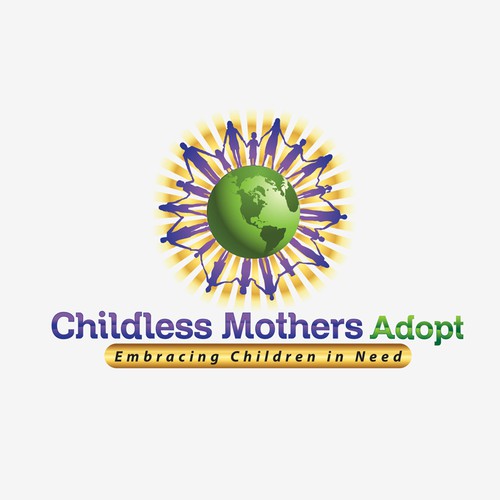 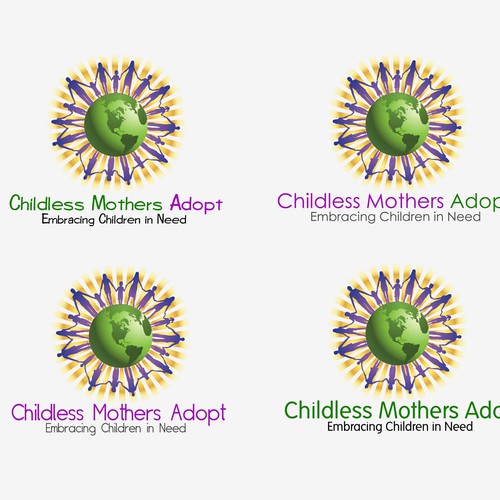 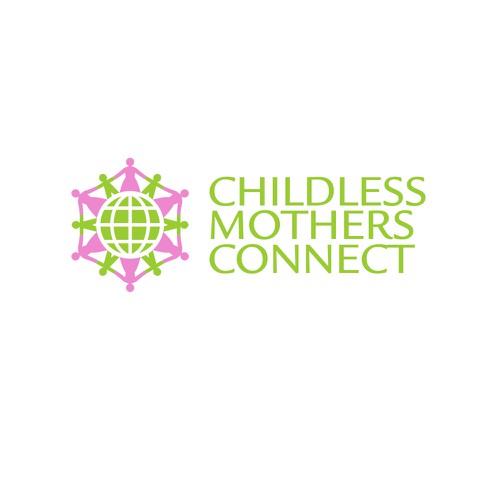 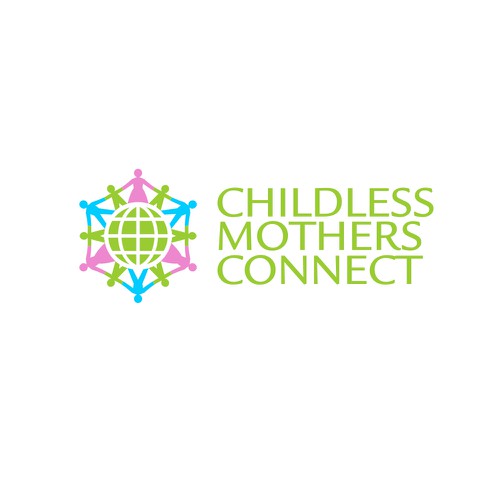 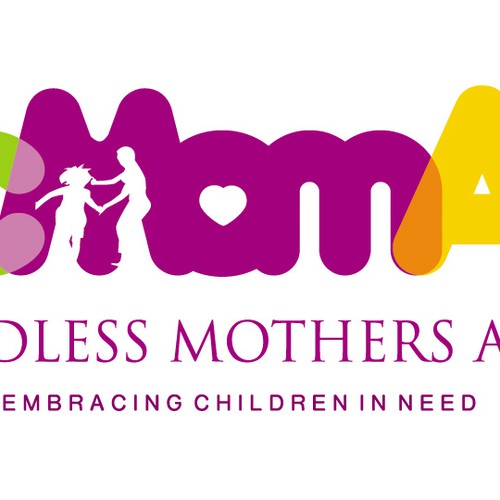 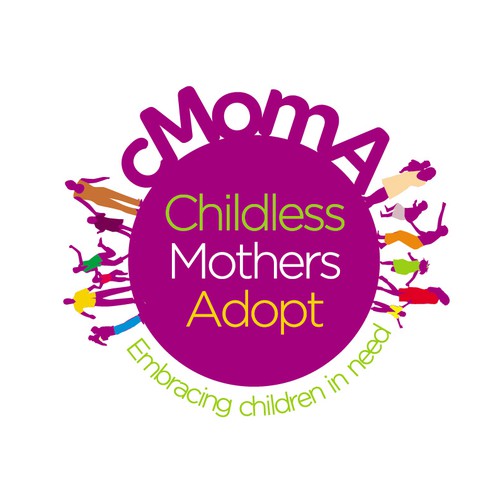 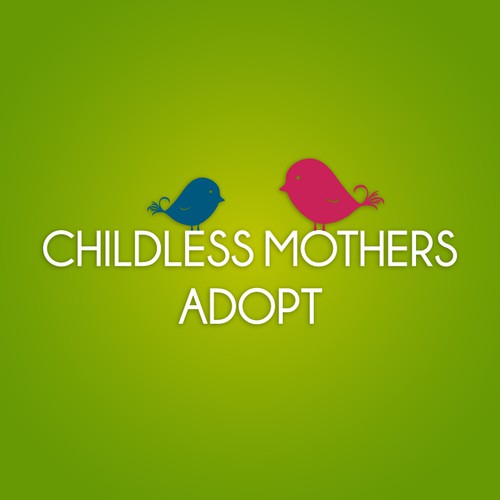 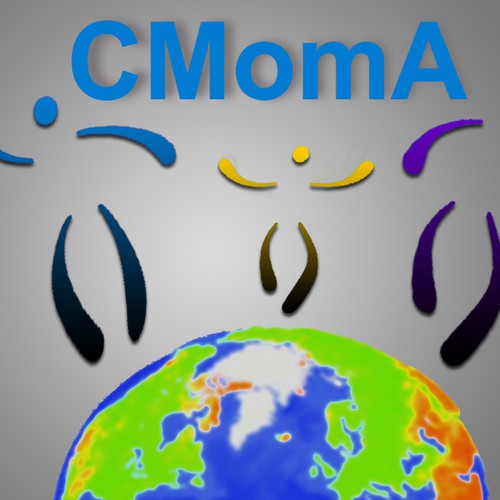 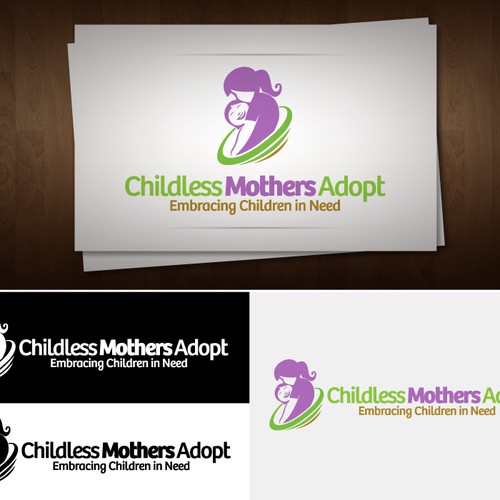 This is a 501-C3 Non-Profit.
Name: Childless Mothers Adopt...Embracing Children in Need
Mission: To Create a platform, opportunities and support for women& couples to find, connect and adopt children in need, both domestically and Globally...age 1-18
Abbreviation is: CMomA

We connect women who never had their own children for a variety of different reasons from medical to financial to wanting to get married first but not finding a mate with the neediest children on the globe who would thrive if given the chance.

Our Branding focuses on women without children, but some of these women who choose to adopt children in need may also be coupled/married with a man. The woman who are looking to adopt have been very successful in their careers OR they were not able to give birth on their own or they waited to long to get married and it didn't happen and how they have decided that they want a child. Think of American actresses who are now going around the world adopting children from 3 world countries.

So logo needs to be able to speak to men as well as women--but 90% focused on the female population and only 10% towards men. The demographic is sophisticated, upscale, educated and in a position to get involved with a group like this. Many women are professionals and can afford to adopt a child in a part of Africa or Cambodia. The children we're looking to adopt are from very poor countries where their lives will not allow them to thrive and be exposed to the advantages of being adopted into loving homes--often by single women.

Looking for an easily recognizable logo that elicits international attention and and which evokes a compelling emotive response.

Demographic: Women 35-60, with some men involved as well; Well educated, middle to upper middle class, Big humanitarian hearts. These are people who want to do the right thing, make a difference in their own lives and the lives of these children.

The logo has to communicate heart, hope, connection, what it means to adopt, love, possibility, motherhood.

Organization is called: Childless Mothers Adopt
Slogan that follows is: Embracing Children in Need (We don't need that the logo but good for you to know that it is present on email campaigns and letter head)

Create a logo to promote and represent a modern public library in a growing community
US$ 499
Sun Prairie Public Library serves the community as an activity center to support lifelong learning by providing educatio
72
entries
19
diseñadores
Need an original, powerful design for firefighters for our health initiative
US$ 299
Our organization is a non-profit comprised of firefighters that promote health and wellness within our industry. Our ta
22
entries
7
designers
Design a logo for an online doula school
$ 299
I provide online education for full-spectrum doulas. Full-spectrum doulas offer non-medical support for all pregnancy ou
107
entries
23
Designer
Can-So Foundation Logo
CAD 389
We are a not-for-profit organization called "The Canadian Sports Opportunities Foundation", or "The Can-SO Foundation" f
111
entries
17
diseñadores
Design a fun logo for "Auesome" (Autism Community + Awesome)
$299
Autism community + Awesome = Auesome It's a symbol for Autism awareness, and an up lifting icon. Make it fun and blue
60
entries
19
デザイナー数
Give San Pedro Day
299 $US
We are a neighborhood council organizing a fundraiser in the form of a Give Day. Non-profits will all fundraise on the s
17
entries
7
designer graphistes

C'est parti!
Design an inspiring logo for a pediatric health nonprofit
US$ 499
Our mission is to help underprivileged pediatric patients with chronic diseases by providing access to the medications t
92
entries
27
designers
We need a great logo for our new non-profit conference! Please help us!
C$ 389
We host partnership education for corporations and charities to come together.
154
entries
33
designers
Global non-profit startup needs a clean, strong brand
799 $US
A network of churches partnered together to impact the world. Fast paced, motivated leaders Valuing clean clear compe
45
entries
28
designer graphistes
Design a logo to save America's native dog
299 US$
We advocate for the humane treatment of America's native dog, the coyote. The target audience is animal and nature lover
51
entries
13
diseñadores
Easy! a logo for a grants round that reflects work that's already been done (that's been attached)
669 AU$
Project: The Records Access Documentation (RAD) Grants are for organisations to document records relating to people who
258
entries
50
Designer
Design a standout modern logo for a Presbyterian church
US$299
We are a midsize presbyterian church located in the heart of San Antonio taxis. We are a unique church in the fact that
88
entries
16
diseñadores