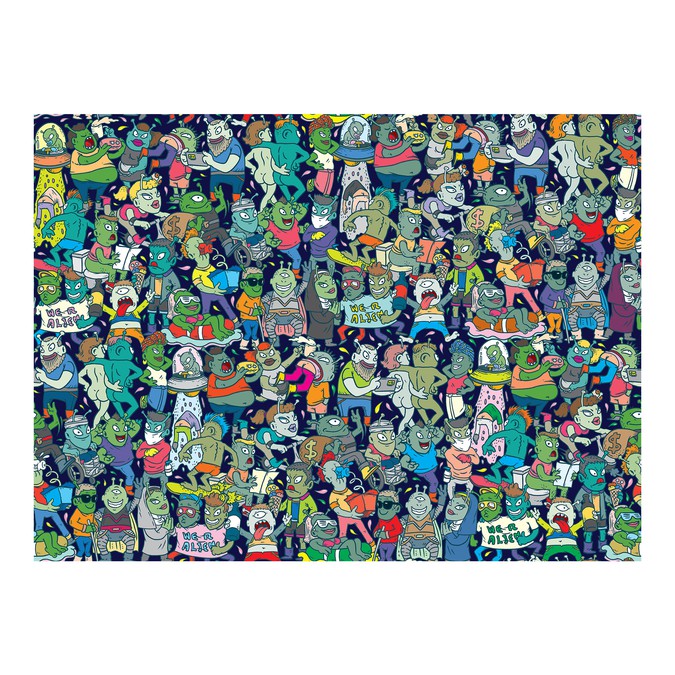 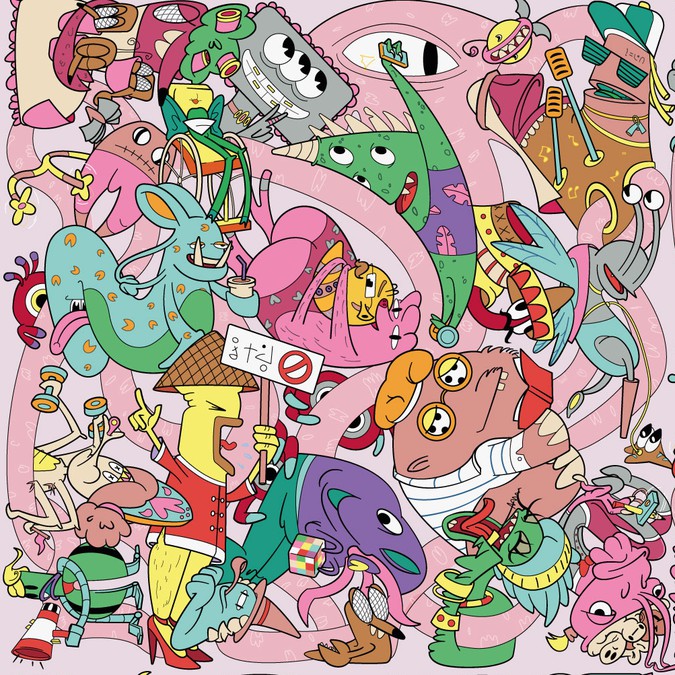 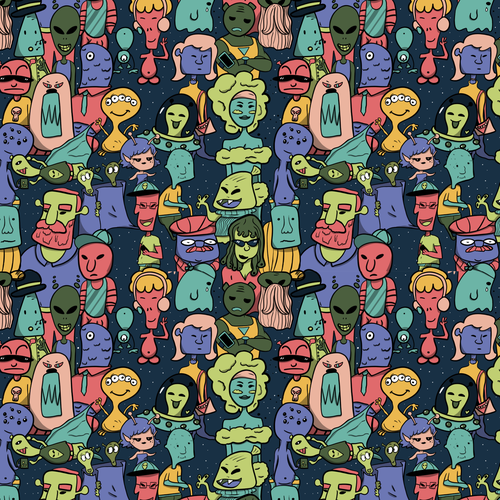 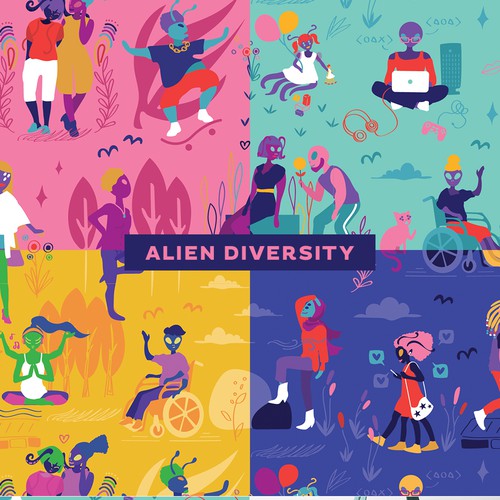 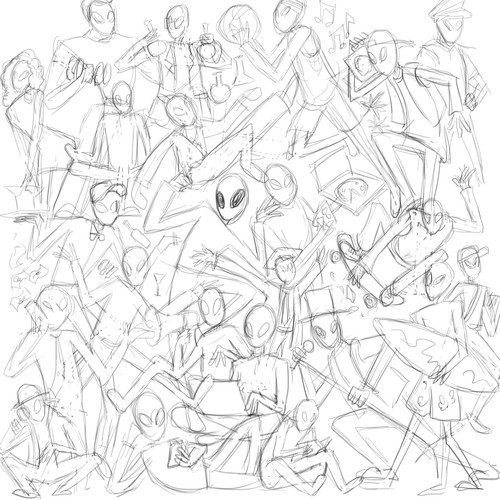 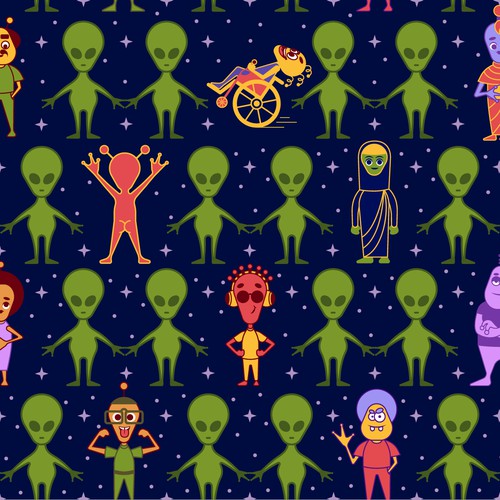 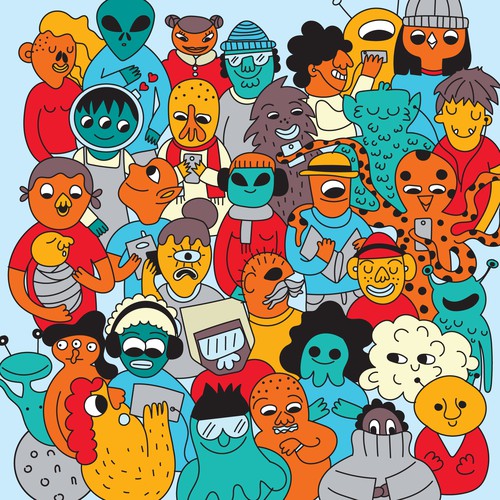 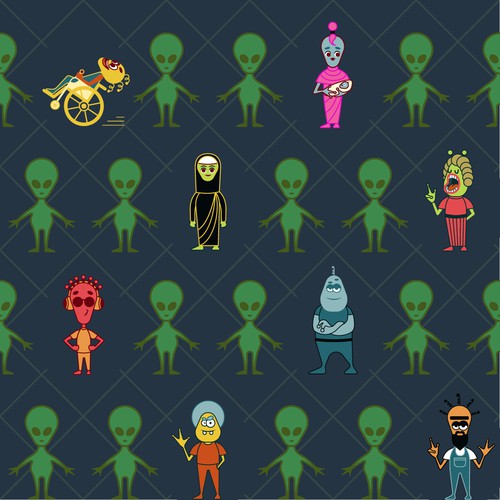 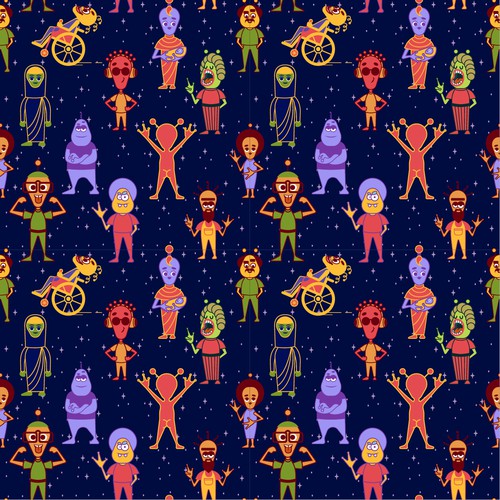 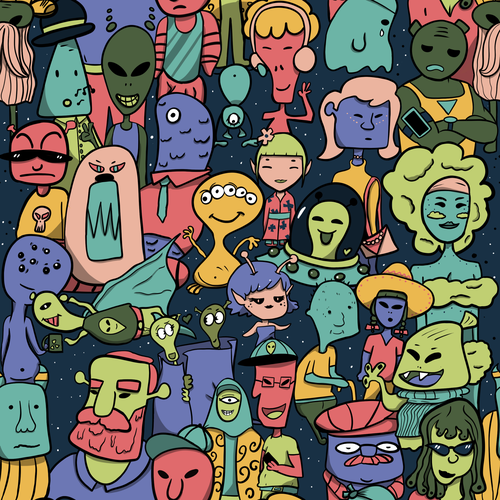 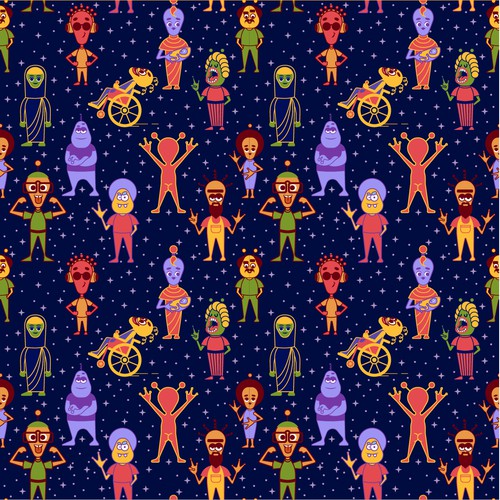 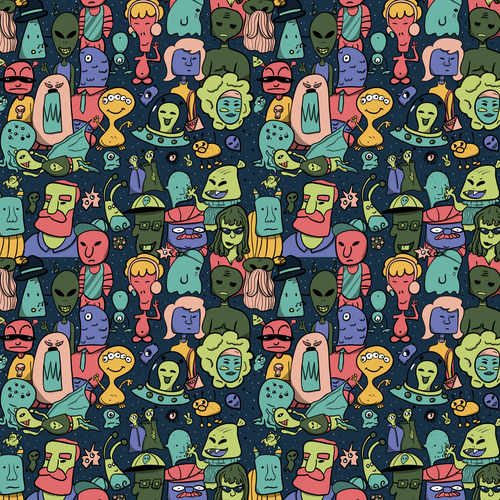 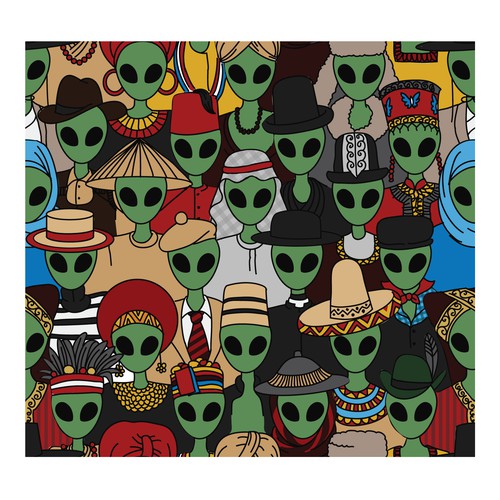 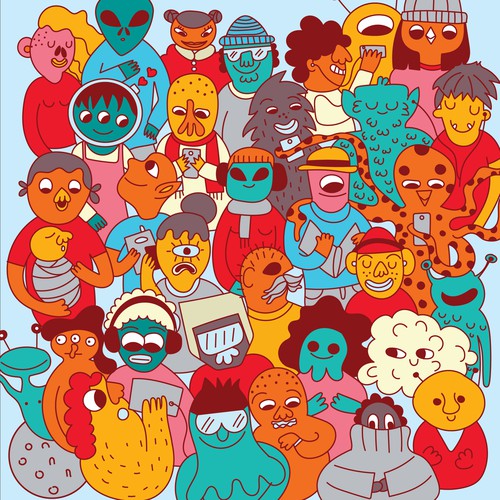 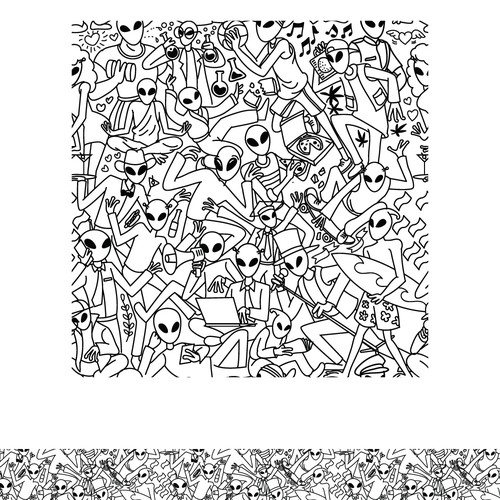 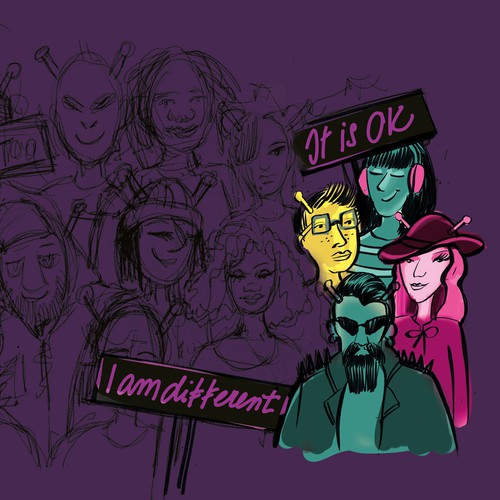 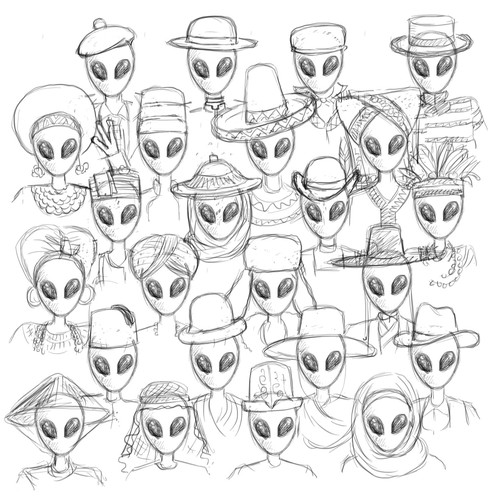 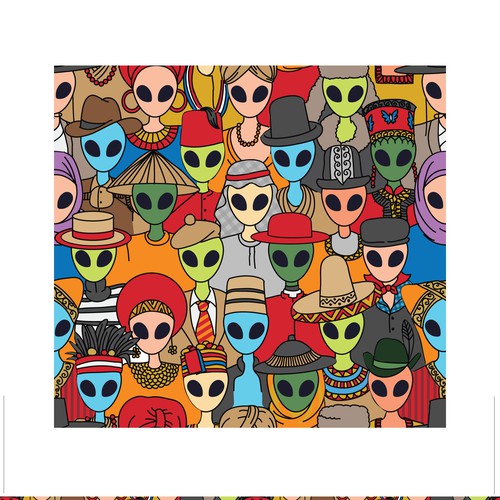 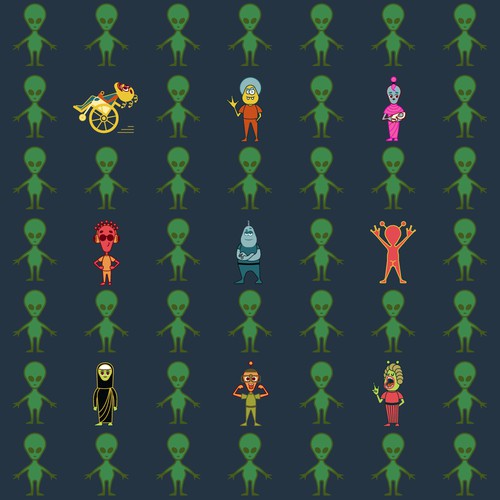 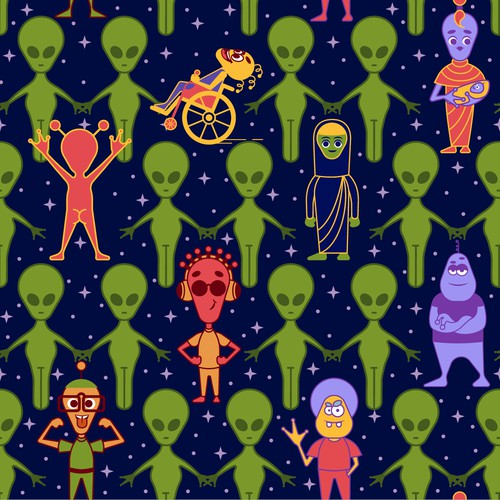 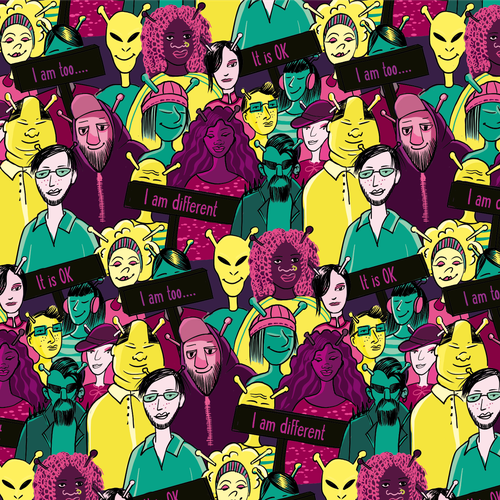 "Don't blame the player. Blame the game." Our goal is to use humans as billboards through well designed merchandise to spread messages and ideas that improve the system that people grow up and live in. We aim to make products that people want to wear that convey messages that people want to support - both subtly and bluntly. We want our products to be eye-catching, beautiful or intriguing so that they can start conversations or bridge the gaps between people. We want to build a community where people feel accepted in all of their character, even their embarrassing quirks.

Target Audience:
Those who are open minded to change and are very accepting of everyone
Those who are brave enough to say something that might start a fight, who stand up for what they believe in

Vector Image (SVG, AI or EPS) preferred
While vector images are my preferred format, I will also accept pixel-based/rendered graphics. If your patterns aren’t vectors, then please make sure they are 300 ppi or greater, and think about how they will scale when printed.

Print-ready (CMYK color space)
RGB color profile for file
If this is a little confusing, think of it like this: my printer will only accept RGB files, but it won't print all of those colors. It will only print CMYK colors. The RGB color space *includes* all CMYK colors but it also includes colors that can't be printed. The easiest thing to do might be to design in CMYK and I can convert it afterwards OR adobe products (if you're using those) have a warning indicator for any colors that aren't CMYK printable.

I would also prefer that it be a seamless design for tiling on a large fabric, or a large pattern with many aliens so it will fill a large fabric without scaling the faces (and just have a lot of bleed for smaller ones).

I want this first design to be a collection of human-esque aliens - a variety of skin colors. Each alien looking as different as us humans can look - different heights and shapes and attire and visible quirks or handicaps, while still being fun (Maybe a bit like a cartoon style of some sort?).

Something that captures a positive diversity spirit but isn't super earthy. It should capture the beauty of variety, without providing too realistic of an example that someone might get fixated on a specific part. Beauty of the collection rather than the pieces. None too polarizing that they stick out from the rest and pull too much attention. Everyone is equally unique.

I imagine it as being rows of aliens with each row overlapping the one above it, like windowing each row. Maybe having them hold hands in some spots and connect in other ways in other areas. I imagine it having no negative space, like a pattern covered in aliens of all kinds with little wiggle room, like they're in a crowd, zoomed in enough that I can actually see what makes them have variety. I am open to other presentations, this is just my mind's eye.

Maybe try to diversify the facial expressions to convey the differences in behavior and character on the inside too. Maybe one with makeup looking into a compact, and another looking down at their baby, a couple kissing (nothing too inappropriate though - maybe like a butt squeeze at most haha), someone in running gear, someone stretching, someone in pain, someone laughing, someone pick-pocketing -- really just as much variety as you can fit into it while keeping it cohesive.

While the design isn't targeting children specifically, it should be youthful. I'm trying to think of a good metric and can only suggest trying to make a pattern that a "hipster" would wear. I guess the age would be roughly 13 - 35.

Avoid having too many neutrals and dark colors. I would prefer if any negative space had color as opposed to being white, even if it's just a flat shade of something.

Try to include different demographics/variety in ways other than skin tone and fabric patterns (like maybe someone in a wheelchair, or maybe even add a nudist alien...if they're facing away from the viewer so you don't see their genitals... or maybe just a naked baby or toddler if that makes you uncomfortable, or an alien wearing a hijab).

It is slightly more important that the characters look different (worldly clothing, variety of skin tones, handicaps, quirks like being a nudist) than that they act different. The actions are like an additional layer of personality for the characters but I guess the forefront of the idea is to make a piece that is *Inclusive* and features all kinds of people, including those that aren't depicted in art very often. I mean, how many times have you seen a pattern that has a wheelchair in it? I want something that shows that everyone is beautiful and different.

Have fun with it. I want this to be uplifting or empowering or inspiring or just warming. I would hope that the design would make you feel some sort of way.

More design varations for our brand mascot cow head. He needs more style, personality and poses.
$ 349
HI Designers, We are looking for our cow logo to be put in different poses. Like sitting down. laying down doing cute
99
entries
21
Designer
Design a typographic design for a fun, modern Latin American market
USD 349
Fun, Modern Market that celebrates Latin American cuisine & culture
93
entries
31
designer
Web illustration for young people looking for a job in journalism
279 £
Finds jobs for young people who want to pursue a career in news and journalism.
57
entries
12
designer
Design a Pattern inspired from an inconic site in Morroco for the interior of leather products
€ 395
Brand Name: MEDINA. It stands for the old part of a city. MEDINA will be a new brand of leather goods dedicated to the
448
entries
86
designers
Add a character to a designed product
US$ 349
We make toys for kids ages 1-2 years old. The toy will be a combination of these two products. https://www.amazon.com/
17
entries
11
diseñadores
Original, Realistic design with high contrast and vivid colors
$349
1000 piece jigsaw puzzle. Target audience: older than 14 years old, adults. This is not children
180
entries
50
デザイナー数