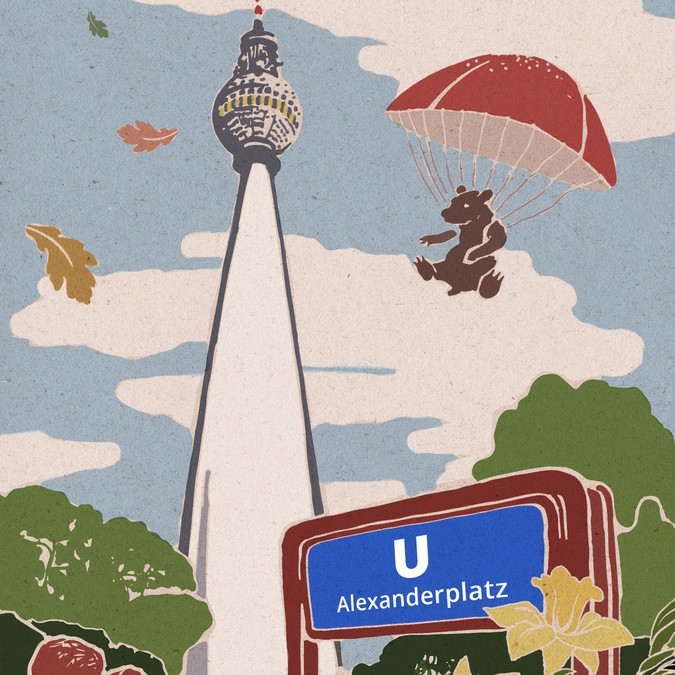 Illustrated Postcard of the Berlin TV-Tower 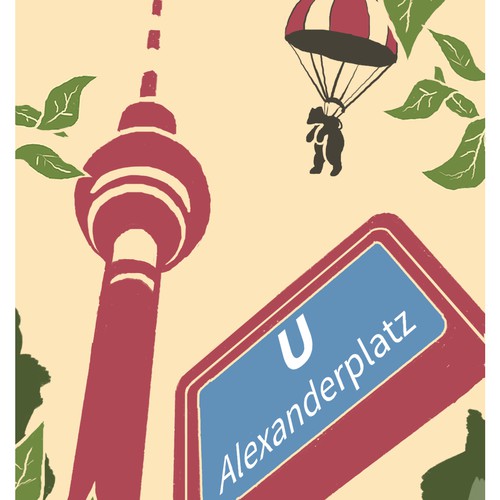 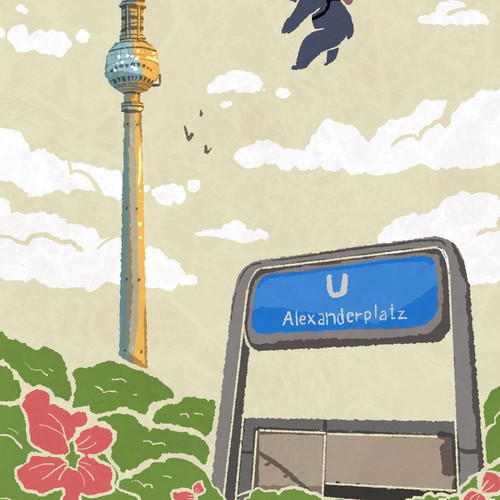 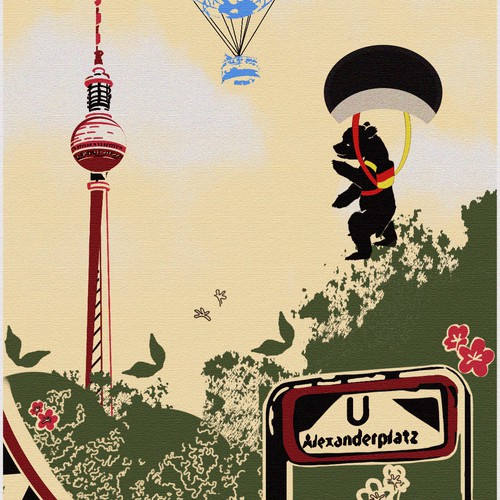 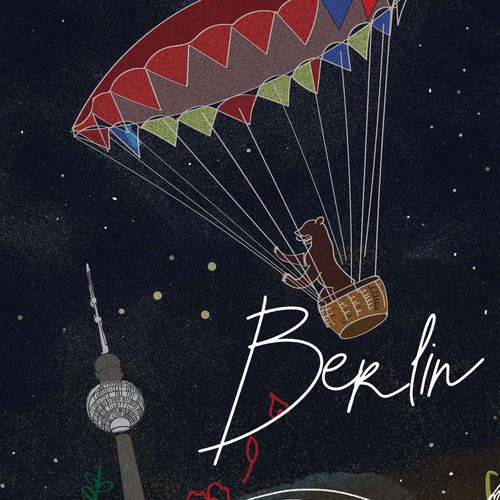 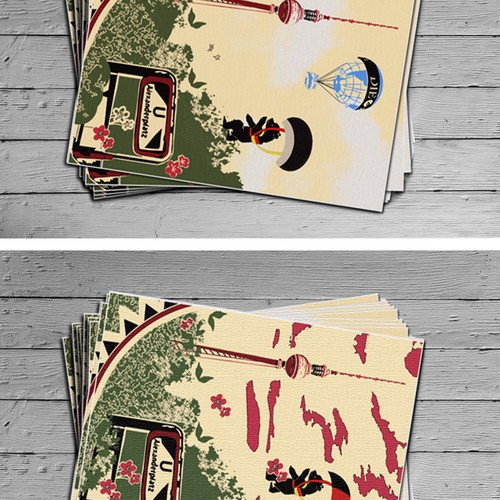 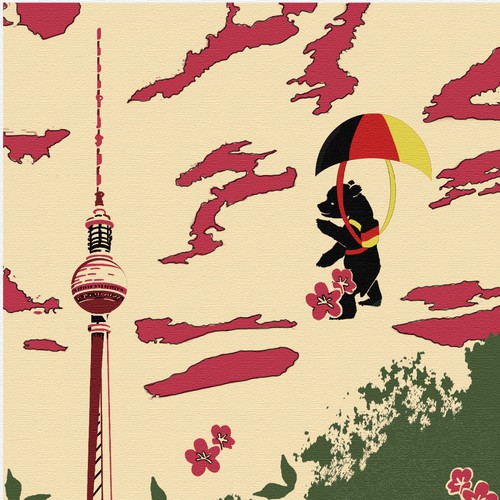 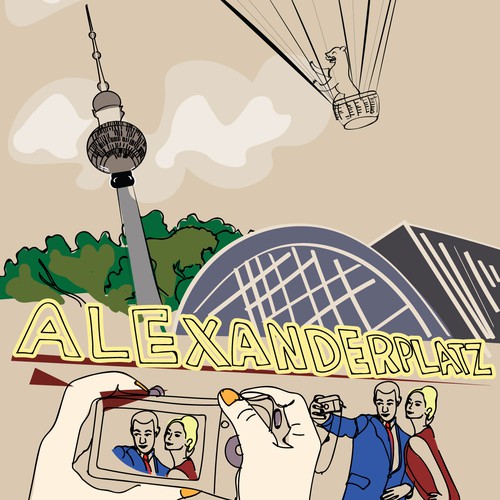 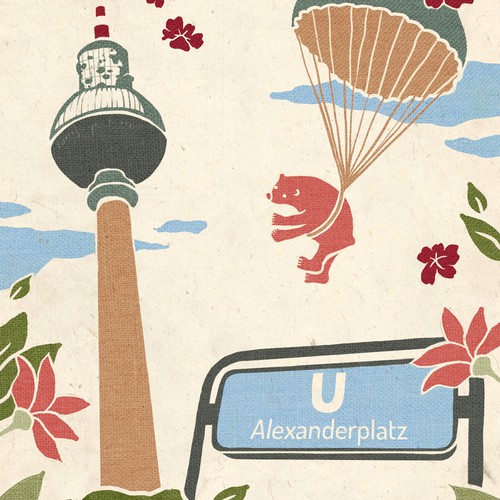 We sell postcards to mostly souvenir-shops located in Berlin, Germany. The target group is really diverse. From young to old, from backpackers to families - they have one thing in common: They are tourists visiting Berlin.

BUT there is one problem! Most postcards are boring and look the same! We want you to create a new postcard for us which is an illustration of a well known Berlin sight.

As mentioned, we want you to create a new postcard for us. But not from scratch. We found a nice design in another country and we want you to adapt the style of illustration which was used there.

The main sight which is supposed to be in our postcard is the Berlin TV-Tower (GER: Berliner Fernsehturm), along with the typical blue entrance-sign of the Berlin subway of the square where the TV-Tower is located -- the square is called: Alexanderplatz.
Place the sign as shown in the pictures, maybe with stairs or without - whatever you think looks best.

As in the uploaded example postcard, you can use some green to cover up free spaces --> Berlin is an extreme green city, so this would make sense.
Even though there are other buildings in real life standing next to the TV-Tower, in this postcard NO other building should be illustrated next to it.

The mascot of Berlin is the Berlin Bear (GER: Berliner Bär) - as in the example postcard, we would find it funny if the Berliner Bär uses a parachute to glide from the sky --> attached you find an nice looking illustration what the bear could look like.

Your are free to place clouds, sun etc. in the sky if it makes it look good. Please do not place things which are not common in middle-europe. For Example: A palm is not common. :-D

Colors: as in the example postcard please use muted/matt colors.

Type: Use the same or almost same type of illustration which is used in the example postcard.

Measurements: 100mm x 149mm (w x h)
The short side must be the buttom side.
Please leave a white frame of 3mm on each side.

We uploaded a sketch of our idea how everything could be arranged. If you think another arrangement would look better, then feel free to do that.