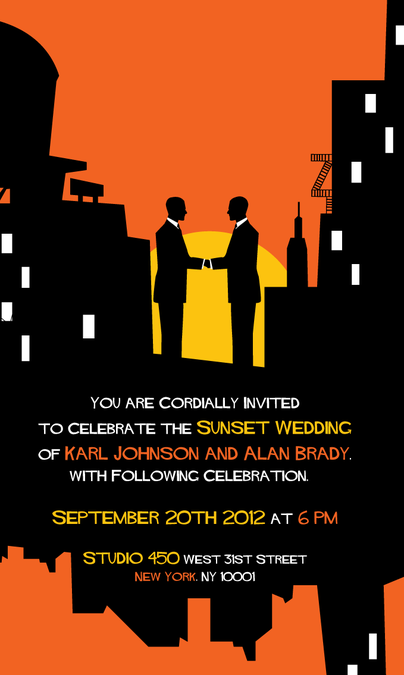 card or invitation for Karl Johnson and Alan Brady 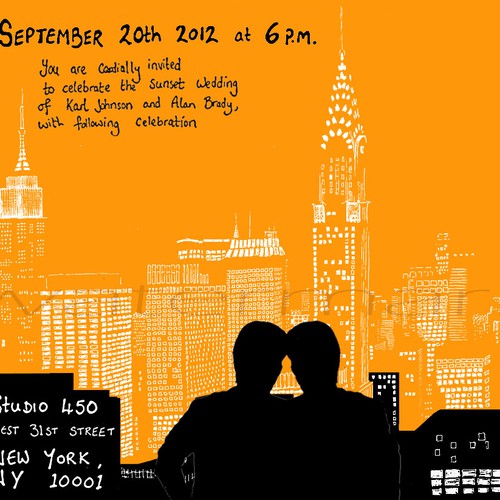 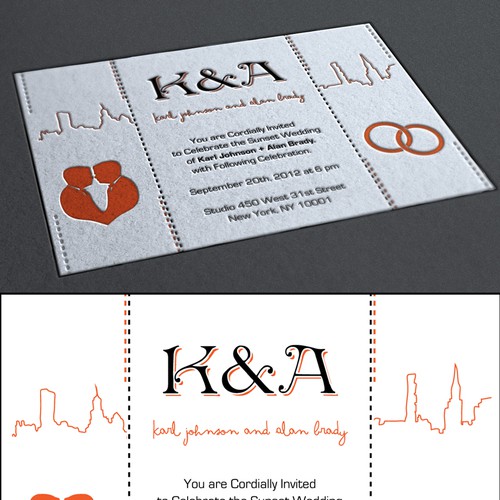 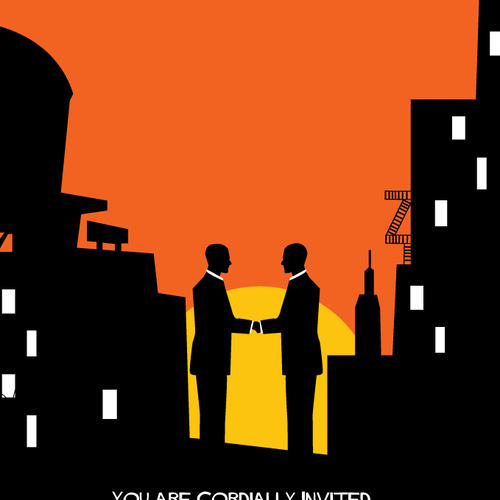 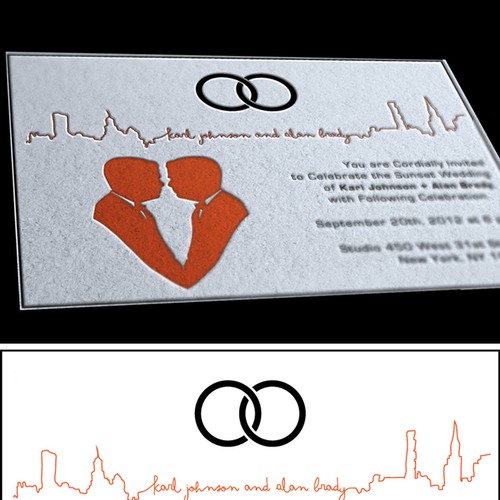 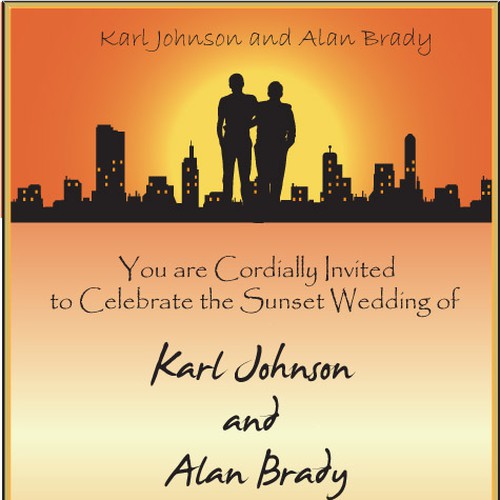 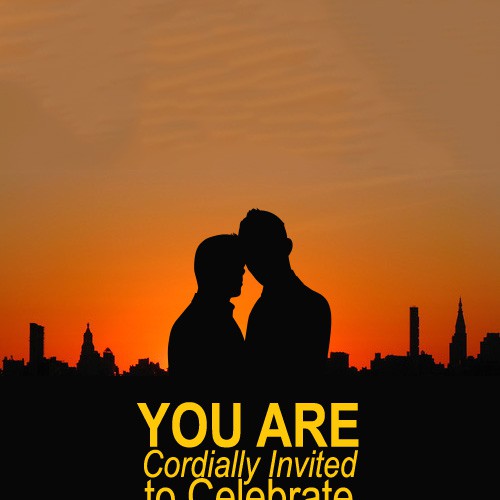 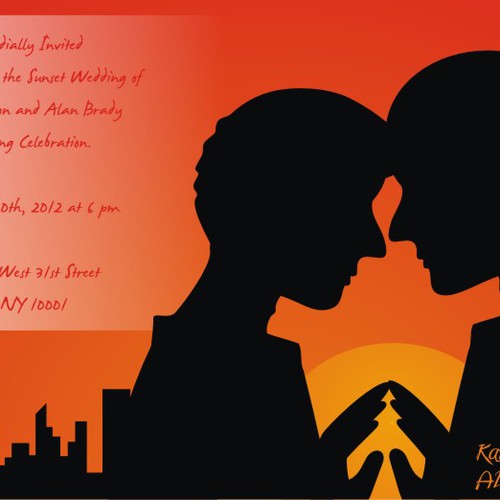 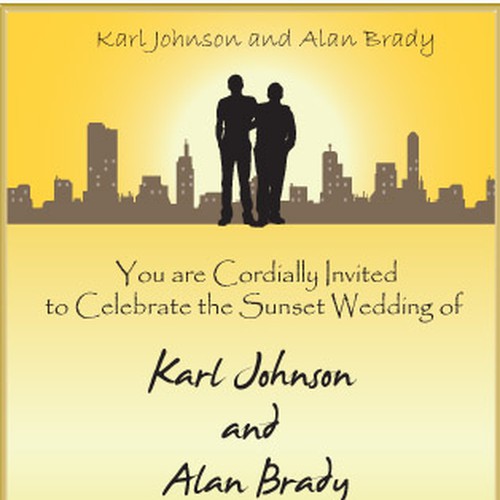 This is for our friends and family who are attending our September wedding in NYC.  They come from all over the world.

Alan and I are a gay couple getting married in NYC on September 20th, 2012. We are looking for a modern, same-sex wedding invitation. Basically, we would like the silhouette of a male couple with perhaps the back drop of the Manhattan skyline, perhaps only the silhouette of it. Something simple and chic and tasteful and relatively simple. We are looking for a loving, relatively masculine invite that celebrates the love between two people.

The wedding is taking place on a roof top in NYC so maybe that idea could be incorporated into the invitation? Perhaps the outline of the setting sun over the NYC skyline with the below message. The wedding itself is taking place at sunset, so that would work well. You guys are surely all better graphic artists than us so we encourage you to experiment with ideas.

You are Cordially Invited
to Celebrate the Sunset Wedding
of Karl Johnson and Alan Brady,
with Following Celebration.

We made a wedding invitation about a year ago to our guests to invite them. This is more a flier to remind them of the date and give them the address. It will be sent out by email.

Looking forward to seeing what you come up with.

Thank you card design
599 US$
We sell print goods
202
entries
40
diseñadores
Corporate Invitation to England v Wales Six Nations Rugby
GBP 159
DSP prides itself on delivering secure, stable, optimised database platforms for its clients, regardless of whether they
35
entries
8
diseñadores
Design (1) Sympathy Greeting Card
$299
We design and sell greeting cards.
127
entries
29
デザイナー数
Wedding Directory Startup. Creating the Perfect Point in Time
AUD 579
Point in Time is a wedding planning website offering planning tools and advice for to be weds via blogs and a podcast. I
36
entries
5
diseñadores
Luxury Wedding Boutique Design
C$ 399
We are a multifaceted company offering beauty and planning/design services in the wedding and event industry located in
81
entries
19
designers
Cool New Bridal Shop Logo Design
$ 299
The Frock sells bridal gowns and accessories that are produced responsibly by independent designers. We want our brides
61
entries
10
Designer