book or magazine cover for Myself, an author

Write books for kids ages 8-14, middle readers as they are called.

Here's the "book jacket" description of my book Title: Super Booty, The Field Goal Kicker with the Secret Gorilla Leg One day, Ivan Zelinki chases a monkey that has stolen his hat into a veterinary hospital where two semi-mad scientists are operating on a gorilla. A struggle ensues and Ivan is injected in the leg with top secret gorilla serum. Soon the muscles on his right leg are bulging and his skin is covered with thick black hair. Most high school students would be horrified by such a transformation. But did you know that he is the place kicker on the high school football team? Horror gives way to delight as he finds himself booting fifty-yard field goals and punting sixty-yarders. The fans love him. He's dating the adorable Kipper Swanson. He's even got his own cheer that is chanted when he lines up to kick, "Super Booty, Super Booty, Ooooh, Aaaah!" What could go wrong? Plenty. First of all he's worried about turning into a fully-fledged gorilla. Goodbye, Super Booty, Hello, Gorilla Boy. And the scientist who is supposed to be working on a cure is a behemoth named Elko. When he's not threatening to crush someone into a ball or spray them with his personal blend of knockout gas, he's betting on football - including Ivan's high school games. Ivan wonders if he's working on a cure for "gorilla leg" or just making money off his kicking abilities. Yet Ivan must rely on Elko because the gorilla research is top secret and to reveal it to anyone may put lives at risk. By the time the final game has arrived, things have gotten too far out of control and Ivan must decide whether to fully transform himself into Super Booty or return to being plain old Ivan. Ostensibly about football, Super Booty, is a quirky middle reader and a funny bedtime story for any kid who has fantasized about having super powers.

This will be an ebook, so ultimately the cover will measure 800 pixels (w) by 1066 pixels (h). Also, since the book will be published on Amazon. The company will reduce the image to 160 x 240 pixels of their shopping page. So, the design must look good at a reduced size as well. Remember the gorilla leg is a secret, which might be a challenge to convey graphically. Sonu is terrific, just wonderful. She is talented and will work with you until she has exactly what you want. I just love what she's done for me. I plan to use her many more times!

Design a hipster logo for an edgy agency pushing the boundaries of photography & videography.

We’re a digital agency producing video/photo content for our clients.

Design an evocative cover for my angsty YA novel! Contemporary fantasy / psychological fiction.

This book will appeal to young adults and "new adults" who... - are in their final years of high school or have started

New Christian Book that WILL change the WORLD!! [Timely Book]

A romance cover that will appeal to a classic car lover and typical romance readers.

Young women ages 16 and up, but could pique the interest of young men of that age as well. It has action, gunfights, car

Nerdy teenagers who love medieval things like Game of Thrones or Lord of the Rings. 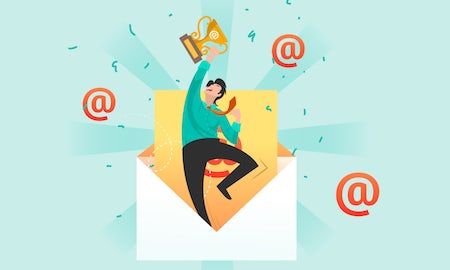